Tech startups are finding fertile ground in Vietnam′s ′Silicon Valley′ | Asia | An in-depth look at news from across the continent | DW | 07.04.2017 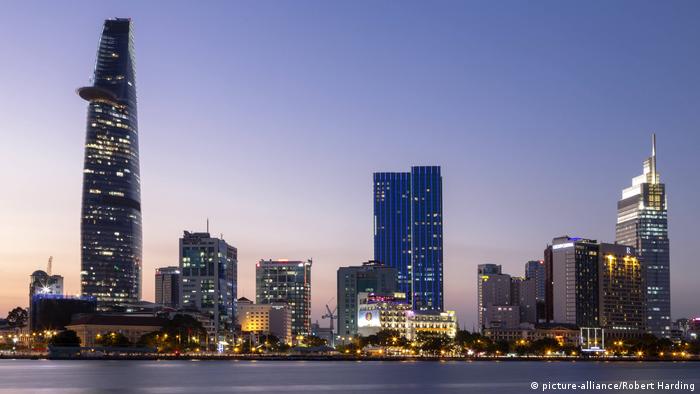 On a Friday afternoon, the Information Technology Park on the outskirts of Ho Chi Minh City appears to be abandoned. But in one of the offices at the site, tech developers at the startup Mimosatek are working hard on technology that will help farmers with watering their crops.

"With millions of farmers, agriculture is still one of Vietnam's most important sectors," Lan Anh Le, chief operating officer at Mimosatek, told DW. "The question is always how to know how much water is needed for the plants, so we designed a tool that makes irrigation automatic and measurable."

Mimosatek is only one of many tech startups in Ho Chi Minh City, the economic center of Vietnam. Over the past few years, thousands of young Vietnamese entrepreneurs have come to the city to start their own company - whether it is developing innovative apps, mobile games, e-commerce or other tech solutions.

This emergence was quickly recognized by Vietnam's communist-led government. With an initiative titled 'Vietnam Silicon Valley,' it is allocating resources to create an environment in which startups can grow easily. Last year, the government said it would offer legal and financial support to 2,600 startups over the next 10 years. 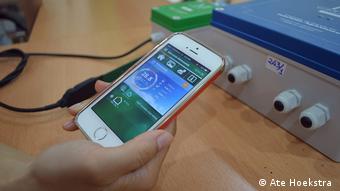 Bobby Liu of the Topica Founder Institute, a startup accelerator program, said that Vietnamese are good entrepreneurs, but that's not the only reason why Ho Chi Minh City is on the rise as a startup hub.

"Fifty percent of the population is below 35 years old and many of them have studied abroad," Liu told DW, adding that Vietnam was also a base for computer technology outsourced by international companies. "Combine that with a forward-thinking mindset along with low expenses for living," he said.

And the Vietnamese government is hoping that more people will start their own company. Deputy Prime Minister Vuong Dinh Hue announced last year that Vietnam should have 1 million businesses by 2020, up from the current 500,000. But becoming successful isn't easy. An estimated 90 percent of startups fail, often due to a lack of funding.

Mimosatek tested a pilot in June 2015. The company is now looking at the success of its tool, which farmers can control with a smartphone. "At an organic farm we recently compared the results with the past," said Le. "Now that this farmer is using our product, he uses 30 percent less water, 30 percent less electricity and he has 25 percent more crops."

Experts say that Vietnam is full of opportunities for entrepreneurs. Like many economies in Southeast Asia, Vietnam is experiencing very positive growth and the World Bank estimates that GDP will grow 6.5 percent in 2017. The country has a domestic market of over 95 million people with average wealth growing in recent years. The education level is also improving.

One of the country's success stories is Ticketbox, developed by 33-year old Tuan Anh Tran. In 2013, he started the online platform with which people can easily buy tickets for concerts and other events. According to Tran, in the first nine months, Ticketbox grew 24 times its original size. The company recently expanded to Singapore and Thailand.

"I never expected to be the owner of a company that is active in three different countries," Tran told DW. "All I wanted is to build something that would help Vietnam."

Vietnam: A country for investors

Ho Chi Minh City is set to host the 14th Asia-Pacific Conference of German Business (APK). DW takes a look at the economic situation of the host country and the business opportunities it presents. (19.11.2014)

The Ticketbox CEO believes his country will continue to offer opportunities to startups for the next three to five years. "There is a lot of potential here, and there are so many things you can do," he said. "If someone would offer me a good price for my company, I would probably make a deal and start something new."

Tran expects his company will continue to grow. "We are now looking at other countries," he said. " Malaysia, Indonesia and even Myanmar all offer good possibilities."

Mimosatek hopes that by the end of the year 200 farmers will use its product. The company currently has 35 clients. "What we are doing is difficult," Lan Anh Le said. "For startups, there's always a high risk of failure. But as long as we have a group of committed, passionate and competent people, we can always start fresh."