Composer Pyotr Tchaikovsky may have died in November 1893, but 120 years later, Russia's genius is still at the center of a heated debate: his homosexuality just doesn't fit it with national ideology. 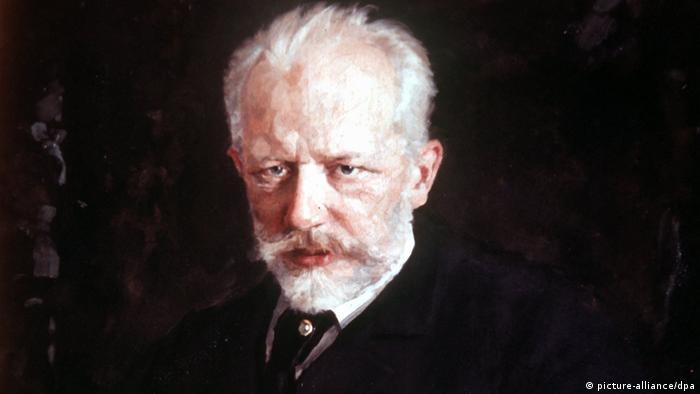 It was a cold, drizzly night on the sixth of November in St. Petersburg. Messengers were going in and out of house number 13 at the intersection of Malaya Morskaya und Gorokhovaya, while reporters were waiting in a pub across the street. Then, at 3:15 a.m. the announcement came: Composer Pyotr Tchaikovsky was dead.

The attending physician said cholera was the cause of death - as it was for tens of thousands of people in Europe during the 19th century. Czar Alexander III was one of the first to express his condolences and Tchaikovsky was honored with a state funeral soon after. 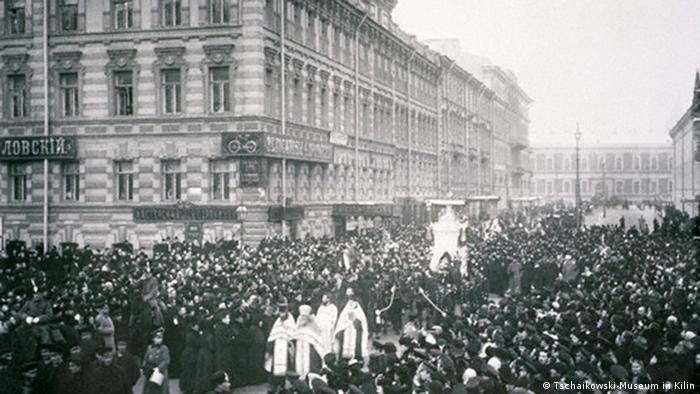 But rumors ran rampant and speculation abounded about the circumstances of the death of the composer, who did not even reach his 54th birthday. Some said he feared the public revelation of his homosexuality, thus choosing suicide over a social scandal. Others said Tchaikovsky had heeded the command of the czar and had drunk from a glass infected with cholera bacteria - as punishment for conducting a homoerotic relationship with a member of the czar's family. Other rumors about poisoning circulated throughout St. Petersburg and Europe.

"The only thing I find astounding is that these theories have continued on to this day," Valery Sokolov, author and a leading Russian expert on Tchaikovsky, told DW in an interview.

The researcher regards the persistent speculations about murder and suicide as "nonsense." He believes that physical weakness from countless guest performances and concerts played a central role in the composer's death. The premiere of the symphony called the "Pathetique," which Tchaikovsky himself considered the apex of his creative work, took its toll on the composer, leading him to feeling burned out. 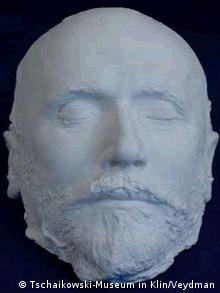 Sokolov also had an explanation for how the cholera bacteria could infect the well-heeled member of the middle class: in the summer of 1893, Pyotr Tchaikovsky visited his brother Anatoly, who as deputy governor in Nizhniy Novgorod was active in fighting the cholera epidemic. The researcher said it was likely that Tchaikovsky was infected there.

"Nowadays, when I read and hear that Tchaikovsky's homosexuality was a fiction invented by unpatriotic researchers, I can only laugh," said Polida Veydman, director of the Tchaikovsky Museum in Klin, outside of Moscow. "Denying his homosexuality is absurd." One only has to read the composer's letters or journal entries, in which he openly reported about his intimate life, his passions and disappointments.

The notion that his homosexuality had nothing to do with his creativity is also wrong, said Veydman. "His creative work is strongly autobiographical. Of course such a decisive part of his personality would play an important role," she said. 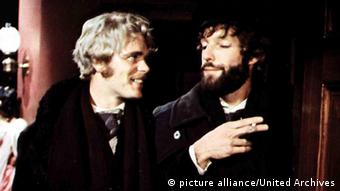 But Sokolov warned that one should not reduce the genius to his sexual preferences. "Recognizing that he was different was a painful process for Tchaikovsky," the researcher said. "When he saw during the 1870s that many of the friends from his youth were able to mask their homosexuality by getting married, he also saw it as an option for himself." He married Antonina Milyukova, a young woman who wrote him love letters and perhaps reminded him of Pushkin's Tatyana in "Eugene Onegin."

In his later years, Tchaikovsky was open about his homosexuality. Researchers rule out that the composer was persecuted due to his sexual preferences as the upper echelons of Russian society were quite tolerant of homosexuals.

"We don't love him because of that" 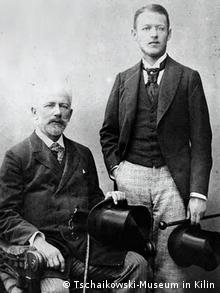 Tchaikovsky with his nephew Vladimir Davydov

Apparently, there was greater tolerance then than now in Russia. Both the still conservative society-at-large and the State express reservations and fear on the subject of the homosexuality of their country's most famous composer.

Even President Vladimir Putin commented on the issue in a television interview in September: "People say Tchaikovsky was a homosexual. But we don't love him because of that." Then a press campaign was kicked off to protect the composer's reputation. Worried mothers asked at the ticket office if Tchaikovsky's "Nutcracker" was suitable for children.

State funding of a film about Tchaikovsky was also withdrawn, even though Russian theater director and gay community cult figure Kirill Serebrennikov repeatedly argued that his movie about the composer would not be "told from the perspective of the bed."

From the streets, into the concert hall

Hip-hop has a storied past - from its roots in gritty 1970s New York, to becoming one of the most influential areas of pop music. The genre has often fused with indie or radio-friendly pop, but what about classical? (13.11.2013)

Music technology is forever evolving. From vintage synthesizers to the latest apps, artists often say they are influenced by innovative gear, software, and environments that shape the music they make. (12.11.2013)