Chancellor Angela Merkel has suddenly woken up to the idea of taxing the sale of individuals' data, and has asked for suggestions on how to tackle digital companies. Should data be treated differently than car parts? 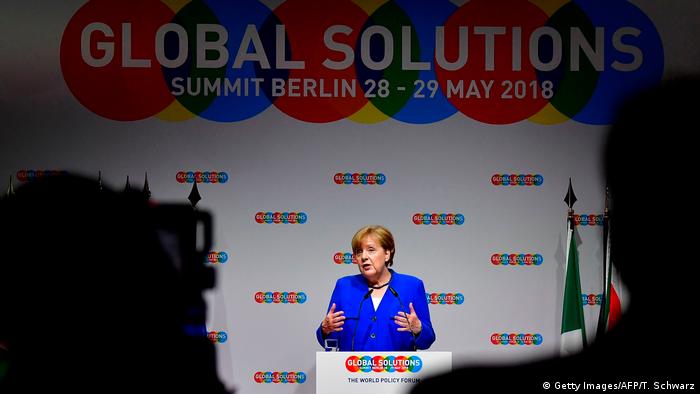 At the two-day Global Solutions policy forum in Berlin, Angela Merkel broached the topic of tax reform, but not in the way many expected. "The pricing of data, especially that of consumers, will in my view be essential to ensure a fair world," she said.

Not known as a trailblazer in politics, Merkel's comments come as the current problems in dealing with data have already reached the highest levels of governments across Europe. The endless data breaches at Facebook, Equifax, Uber and Heathrow Airport — whether the information was simply lost, sold or stolen by hackers — have not only added to a long list, but have angered customers and even pushed the European Commission to action.

Only last week the European Parliament's far-reaching General Data Protection Regulation (GDPR) went into effect. It guarantees the rights of everyone living in the European Union to know more about their data, restrict its processing and enshrines the right to be forgotten.

Data as a raw material has often been called the oil of the future. But Merkel has taken it a step further. Instead of just protecting data, she has asked for new and innovative ideas on how to actually tax large — mostly American — IT companies such as Facebook or Google when they make money off of data.

In the new digital age, the old corporate tax methods based on where a company has an office or manufacturing center are no longer up to par. And in her eyes tax reform is "one of the most important things" to avoid a world that will become a more unjust place in which people provided data for free with which others earn money.

Even though Germany is an industrial powerhouse, the chancellor is blurring the lines between car parts and data. Tech companies have little infrastructure and are famously mobile — usually attracted to places with low tax rates. Merkel asked why data should be treated differently than tactile things which are clearly priced and taxed, adding that these concepts "must be incorporated into our tax system" for a fairer world.

For its part, the European Commission in March released its plans for a more general "digital tax" which calls for a 3-percent levy on company revenue rather than profit. It is a different approach to years of corporate taxation, but for such a regime to work, it must also be accepted broadly across Europe. In this case, all 28 member countries would need to approve the measure.

Shifting the tax revenue to where money is made from where a company is extensively based has so far not made much traction. In the past few weeks even Germany has been a bit skittish, fearing a backlash from the United States.

And true to form at the Global Solutions forum, Merkel highlighted the importance of open markets and a "multilateral, rule-based trading system" without committing to anything. "Multilateral regulations create legal certainty and thus predictability for companies."