Groups in Germany and Austria have launched campaigns protesting the commercialization of Christmas. The target of their ire is Santa, an American import who they say doesn't represent what the holiday is all about. 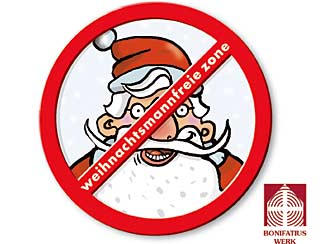 Bettina Schade says she doesn't have anything personal against Santa Claus. In fact, she likes a lot of things about today's celebrations of Christmas -- the lighted trees, the gold ornaments, the silver stars.

But all the material things, the hectic rush to buy gifts, and the ubiquity of the bearded man in the red suit are taking away from the core meaning of Christmas. She'd like to see things changed, or at least toned down a little.

"The Christian origins of Christmas, like the birth of Jesus, have receded into the background," she said. "It's becoming more and more a festival that is reduced to simply worldly gifts and to commerce."

She is part of a campaign called the Frankfurter Nicholas Initiative, founded by a Roman Catholic priest in Frankfurt, Eckhard Bieger. Alarmed by the growing commercialization of Christmas in Germany, he launched the initiative that's aimed at putting St. Nicholas, a fourth-century monk, back in the Christmas spotlight where he used to be.

It's an uphill battle, however, since St. Nicholas' successor, the American-inspired jolly old St. Nick, or Santa Claus, has been edging the miter-wearing historical figure out of the German Christmas landscape of late. German kids do set out their shoes on Dec. 6 for St. Nicholas to fill them with sweets, but that holiday now pales in comparison with Santa's sleigh-ride night. 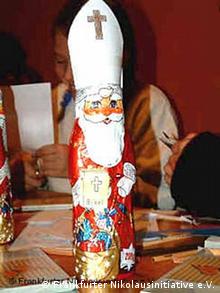 To counter this trend, the Frankfurt Initiative along with another Catholic organization, the Bonifatiuswerk, has launched pro-Nicholas campaign. They show kids how to turn chocolate Santas into chocolate Nicholas figures and have been handing out stickers in stores and at Christmas markets featuring a bar cutting across an image of Kriss Kringle. It proclaims the area a "Santa-Free Zone."

"Santa Claus is a creation of the advertising industry and Coca-Cola to further commercial interests," Bieger told Reuters.

The image of Santa most known today -- fat, white bearded and in a red suit -- is indeed a creation of the Coca-Cola company, which was looking for a new figure to use in its advertising campaigns in the 1930s and 1940s. 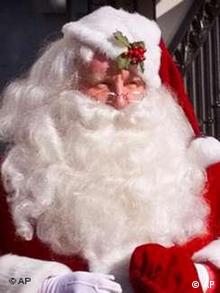 A Swedish-American artist, Haddon Sundblom, created the jolly, benevolent character for Coke based on a previous figure created for Harper's Weekly in the 19th century by Thomas Nast, a German immigrant to the United States.

For the small but vocal anti-Santa movement, which has also gained momentum in Austria, Santa Claus is a poor reflection of the original St. Nicholas, who is believed to have been a fourth-century bishop in Myra, in present-day Turkey. He had a reputation for generosity and kindness, which gave rise to legends of miracles that he performed for the poor and unhappy.

"St. Nicholas was a man who helped the poor, saved people who were unjustly condemned, freed prisoners," Schade said. "You could say he was a forerunner of Amnesty International. Santa is much less than that -- just about giving gifts."

Please click on the next page to continue reading the story.

The church-affiliated groups believe focusing on St. Nicholas can remind people about the core values of Christmas, such as family, sharing and doing good for others. They feel the time of the year that should encourage people to be thoughtful and contemplative is being drowned out by Jingle Bells and ho ho ho. 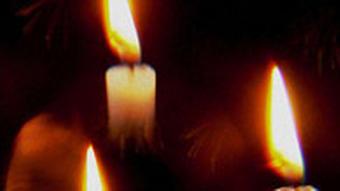 He said the Protestant church also did not hold any particular grudge against Santa, or the gift-giving he represents. It is just a matter of keeping what many see as the excesses of the Christmas season in check.

The Protestant Church has started a program called "Christmas in December," selling things such as Advent calendars without the chocolates and cartoon figures. Church representatives even approached German retailers and marketers asking them to keep the Christmas overkill in check.

But according to the German retailing association, Christmas is a critical time for retailers: What some see as Santa surfeit, shop owners see as a lifeline.

From the looks of shops in Berlin, retailers have not held back when it comes to promoting Santa and gift-giving. That is perhaps understandable, since according to the HDE retailers' association, about 20 percent of annual sales are made in the last two months of the year. 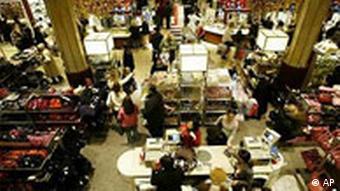 "We didn't have a good year in 2004, but in December the mood has picked up," said Hubertus Pellengahr, HDE's spokesman. "Presents are being bought, people have finally found a little joy in buying again."

But talking to shoppers in front of one of Berlin's premier department stores, KaDeWe, it appears some holiday fatigue might be setting in.

"There are many good things that comes over from America, but this kitsch Christmas style is getting the upper hand," said Hella Wichman, 55, who was visiting Berlin from Hamburg and doing a little window shopping.

"There's too much of everything, too many lights, too much money spent, too much Santa," she said. "There is nothing thoughtful about Christmas anymore."

But jolly old Santa himself, talking to children amid glittering ornaments on KaDeWe's fifth floor, finds the groups who would like to lower his profile somewhat alarmist. He said there's room for both him and his predecessor St. Nicholas during the Yuletide season.

"Santa brings joy, and children grow up so fast anyway," he said. "Why not let them enjoy his magic for as long as they can?"

The start of the Christmas shopping season in Germany has left retailers optimistic about an increase in profits after last year's disappointing results. A boost in Sunday shopping seems to be the cause. (Nov. 29, 2004)