A human rights activist has been killed in northern Mexico, only two weeks after another activist from the Tarahumara indigenous group was killed. Amnesty International and the EU have lamented the deaths in statements. 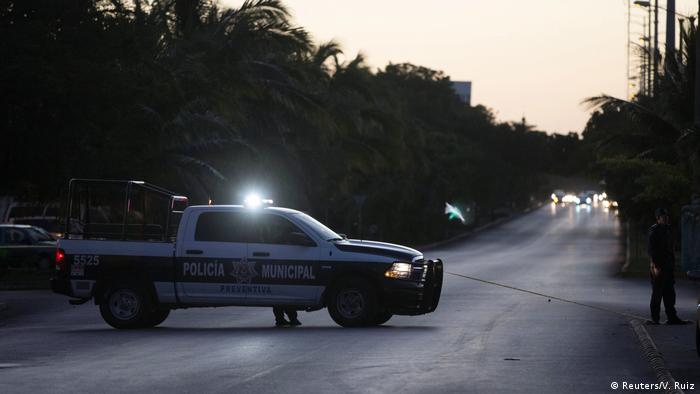 The body of Juan Ontiveros Ramos was found in Guadalupe y Calvo on Wednesday, a statement from the Chihuahua state prosecutor's office said.

A few days earlier, Ramos had reportedly told the authorities about the influence of organized crime in the community.

The statement released on Thursday said his brother had escaped the attack and later told authorities there had been a conflict between members of two families.

Police are now reportedly identifying a suspect and are searching for him.

The number of murdered activists from the municipality has risen to five since 2013.

Global Witness - which seeks to expose corruption and environmental abuse - said 2015 had been the deadliest year on record, citing the "killings of land and environmental defenders - people struggling to protect their land, forests and rivers."

Isidro Baldenegro López. who had been awarded the Goldman Environmental Prize in December, was killed in the same township, which lies in the so-called Golden Triangle, where Chihuahua, Sinaloa and Durango states meet.

Baldenegro López was shot dead at his uncle's home in the town of Coloradas de la Virgen in the state of Chihuahua, Mexican state-run news agency Notimex reported. He had protested against illegal logging in Mexico's Sierra Madre mountains.

The EU called on Mexican authorities to examine the murder, saying they need "to make every possible effort to carry out a swift investigation in order to identify and prosecute those responsible."

A life without violence