Taliban officials released images of Sirajuddin Haqqani for the first time as he made a rare public appearance in Kabul. Haqqani has long been wanted by the US over a string of terror attacks. 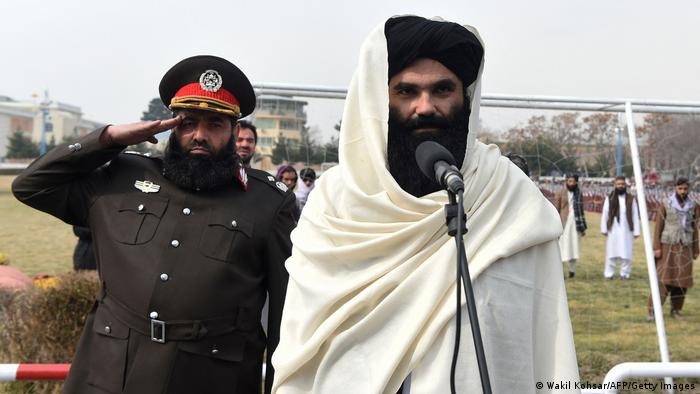 Haqqani, wearing a black turban and white shawl, made a rare public appearance at a graduation ceremony for newly recruited Afghan police officers. They are the first class to graduate from the police academy under the Taliban's rule.

He last appeared in the public eye in October, though his images were blurred by the Taliban at that time.

Haqqani told officers in a speech that he was appearing in the media for "your satisfaction and for building your trust."

He added he was showing his face so "you could know how much value we have with our leadership." 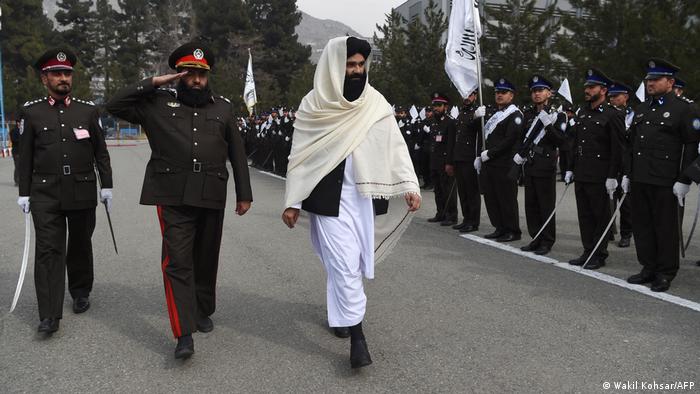 What did Haqqani say?

Haqqani said in a speech in front of reporters, his first since being named Interior Minister, that Taliban security officials who committed crimes against Afghan civilians were undergoing criminal proceedings.

He said that "some misconduct" happened as Taliban fighters transitioned into their new roles of governing a country. He added they were undergoing training.

Around 377 men and women graduated as police officers on Saturday.

Haqqani also commented on the graduating women, saying "today our sisters are with us in this ceremony, they are receiving their graduation diplomas and are being appointed in different jobs."

Since returning to power in August 2021, The Taliban have imposed restrictive rules on girls' education and women's participation in public life. It is not clear how many women graduated as officers on Saturday.

Haqqani also added that the Taliban were committed to the Doha agreement, a confidence-building deal signed with the US in February 2021. The deal set into motion the drawdown of US troops that had been a key Taliban demand.

Haqqani said the international community should not see his government as a threat and foreign aid was needed to revive the country.

Haqqani, a designated US terrorist

Haqqani, believed to be in his 40s, is the son of the founder of the Haqqani network, a powerful subset of the Taliban that was established in the 1970s.

The US has designated Haqqani as one of its most-wanted terrorists, offering a reward of up to $10 million for information for his arrest. The US said he maintains "close ties" to Al Qaeda and has accused him of masterminding a string of terror attacks.

Before the Taliban took power in 2020, Haqqani was the most senior of the three deputies to the Taliban's supreme leader, Hibatullah Akhundzada.

Initial restrictions imposed by the Taliban after their takeover mostly targeted urban women. Now, the expanded rules could affect all women in Afghanistan.

The Taliban have said women can attend classes, but only if separated from men and if the curriculum includes "Islamic principles." Allowing women's education has been a key point in negotiations over international aid.