Taliban say US defeat 'big lesson' for other invaders

While declaring victory after the US military left Kabul, the Taliban said they wanted good relations with the US and the rest of the world. 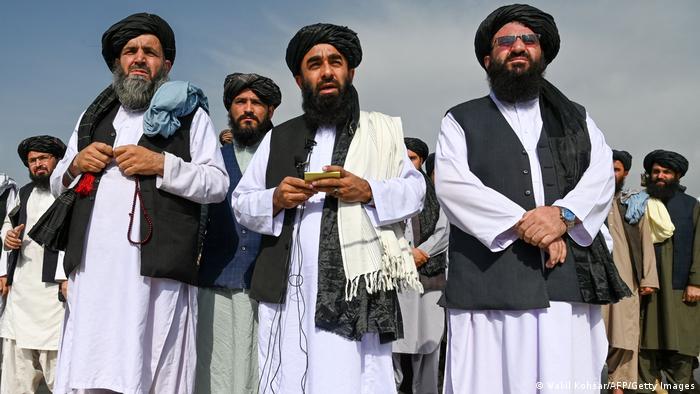 The Taliban celebrated the departure of Western "occupiers" on Tuesday, hours after the last US plane left Afghanistan, but also said they wanted to have good diplomatic relations with the United States and the rest of the world.

The final departure of the US evacuation marked the end of 20 years of military intervention.

"Congratulations to Afghanistan ... this victory belongs to us all," said Taliban spokesperson Zabihullah Mujahid at a press conference held from the Kabul airport runway.

'Big lesson for other invaders'

The Taliban now hold full control of Hamid Karzai International, and their vehicles raced back and forth along its sole runway on the northern military side of the airfield.

American defeat in Afghanistan is a "big lesson for other invaders and for our future generation," Mujahid said. "It is also a lesson for the world." 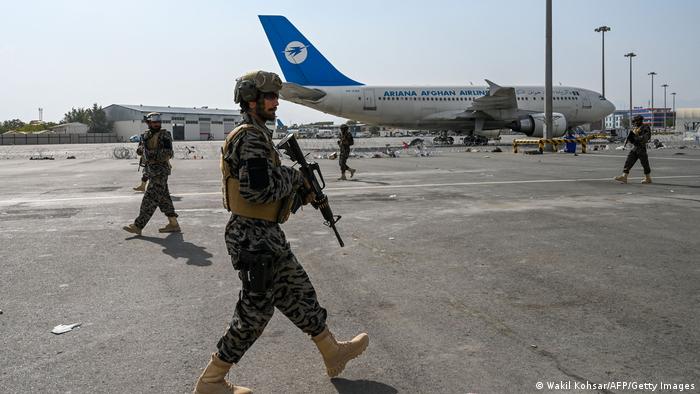 Taliban leaders walked across the runway at the Kabul airport, flanked by fighters of the group's elite Badri unit

Mohammad Naeem, a spokesperson for the Taliban's political office in Qatar, expressed a similar sentiment in a video posted online.

"Thank God all the occupiers have left our country completely," he said early Tuesday.

"This victory was given to us by God. It was due to 20 years of sacrifice by the mujahedeen and its leaders. Many mujahedeen sacrificed their lives," Naeem said, referring to Taliban fighters.

A 'moment of decision & opportunity'

Many Afghans dread living under the Taliban regime, which ruled the country from 1996 to 2001.

Their previous reign was characterized by poor treatment of women and girls, widespread human rights abuses, and a brutal justice system.

Zalmay Khalilzad, the US special envoy for Afghanistan Reconciliation, said that Afghans faced "a moment of decision and opportunity" after the withdrawal of Western forces.

"Their country's future is in their hands. They will choose their path in full sovereignty," he said on Twitter. "This is the chance to bring their war to an end as well."

The Kabul airport had seen days of chaos and deaths after the Taliban took control of the capital city, including the presidential palace, on August 15.

Thousands of Afghans rushed to the airport hoping to escape the country. At one point, some of them fell to their deaths after desperately clinging onto the side of a US cargo jet as it took off.

IS-K claims rocket attack on Kabul airport — as it happened

The "Islamic State-Khorasan" group said it had fired six rockets. Operations at the Kabul airport continued "uninterrupted," the US said. Follow DW for the latest.