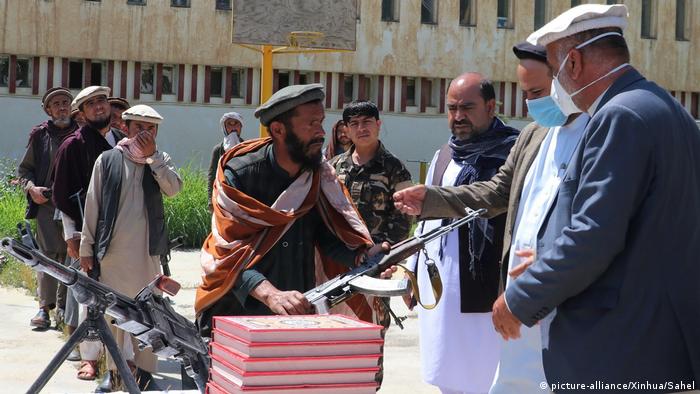 The Taliban in Afghanistan still maintains close relations with the terror network al-Qaida, despite having signed a peace deal with the US agreeing to tackle militant groups, a United Nations report released on Tuesday said.

According to the report, a number of important al-Qaida members were killed over the past months but several prominent leaders remain active in Afghanistan.

In particular, the report noted that the Taliban continues to operate with ally and guerrilla insurgent group – the Haqqani network.

Taliban spokesman Zabihullah Mujahid slammed the report, issuing a statement outlining that the Taliban "in accordance with the Doha agreement, will not allow anyone to use the soil of Afghanistan against anyone else or maintain training camps or use our soil to fundraise against others.''

On the same day of the report's publication, seven civilians were killed by a roadside bomb linked to the Taliban in the restive district of Khan Abad in the northern province of Kunduz. The attack comes after authorities urged for peace talks with militants.

Representatives from the US and the Taliban signed the landmark peace deal in Doha on February 29, with both parties agreeing to end the 19-year-long Afghan war, hoping the accord would pave the way for intra-Afghan dialogue.

US Secretary of State Mike Pompeo and Taliban spokesperson Suhail Shaheen had both attended the deal signing ceremony in the Qatari capital.

The accord also planned a gradual departure of foreign troops from Afghanistan by May next year, while the Taliban vowed to fight other terror groups, including al-Qaida, and put a stop to militants using Afghan territory to plot attacks on the US. Although, the exact details of the Taliban counter-terrorism commitment were never publicized.

According to the UN report, the Taliban did, however, contribute to the fight against the Islamic State (IS) group's affiliate in Afghanistan.

The IS has carried out a series of attacks in the capital, Kabul, and they are also believed to have been behind the attack on a maternity hospital in May where 24 victims lost their lives.

"Daesh (IS) is working against peace ... and they have been responsible ... for some of the most dastardly attacks recently,'' said Zalmay Khalilzad, Washington's diplomatic envoy and the architect of the peace deal, according to the Associated Press.

Despite the Taliban's apparent efforts in combatting IS, Michael Kugelman, the deputy director of the Asia program at the Washington-based Wilson Center, warned against minimizing the Taliban's relations with al-Qaida.

"If the US simply shrugs off the Taliban's continued ties to the very terror group that U.S. forces entered Afghanistan to eliminate nearly 19 years ago, then you'd have some really bad optics to say the least,'' the Associated Press quoted him as saying.