The Red Cross has fully resumed operations in Afghanistan after the Taliban said they had agreed to "new promises in humanitarian aid." The militants also pledged security guarantees for aid workers. 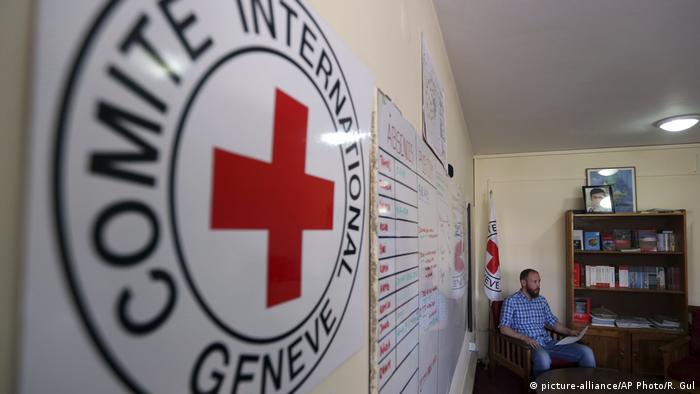 A red cross office in Afghanistan

The Taliban on Sunday rescinded a ban imposed in April on the International Committee of the Red Cross (ICRC) in Afghanistan.

In a statement, the Islamist militia said that the ICRC "consented to following the old agreement on top of new promises in humanitarian aid," and that aid workers were permitted to "resume their activities."

The Taliban also vowed to "restore security guarantees" for the ICRC's workers and equipment and "pave the way" for the aid group's activities.

Aid workers in Afghanistan have been frequently targeted by militias while operating in the war-torn country.

"We welcome the acknowledgment of our humanitarian principles and renewal of security guarantees," Schaerer Juan-Pedro, head of the ICRC in Kabul, said on Twitter.

In April, the Taliban banned both the ICRC and the World Health Organization (WHO) from operating in Afghan regions under the Islamist militia's control. Security guarantees were also revoked.

The Taliban accused the ICRC of "suspicious" activities during vaccination campaigns and of failing to monitor conditions in Afghan jails and provide medical aid to Taliban prisoners.

No end to violence in Afghanistan

Aid groups say they strive to maintain neutrality while operating in Afghanistan, and in turn, militants pledge to provide security for aid operations.

When operating in Taliban-controlled areas, the ICRC provides assistance after fighting between the militants and the Afghan army.

Aid operations include transportation and handling of bodies from battlefields, arranging family visits for prisoners on both sides of the conflict and providing health services.

Afghan troops have been engaged in heavy fighting with the Taliban, and several militant-controlled districts have been taken by the Afghan army.

According to the Red Cross, an estimated 140,000 people received treatment at one of the seven rehabilitation centers in Afghanistan last year.

The Taliban regularly strike Afghan government installations. The militants have vowed to continue fighting after US President Donald Trump canceled negotiations on an American withdrawal from Afghanistan after 18 years of war.