The Pakistani Taliban has set preconditions for peace talks with Islamabad. The Islamist militant group's demands came as it claimed responsibility for assassinating a Pakistani major general and lieutenant colonel. 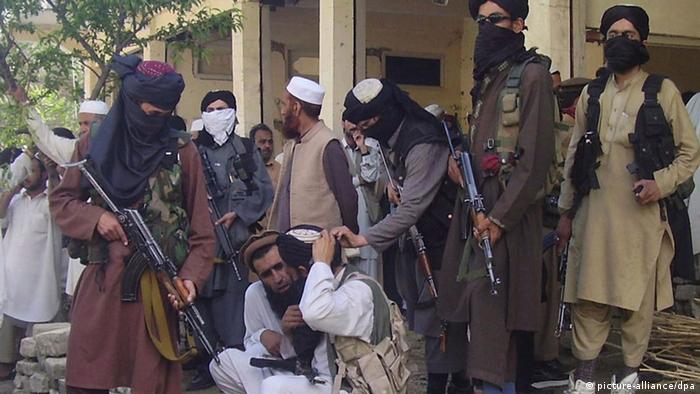 The Pakistani Taliban on Sunday said that they would engage in peace talks only if the government released imprisoned militants and withdrew Pakistani military forces from the Islamist group's strongholds in the autonomous tribal areas along the Afghan border.

Last week, the country's main political parties had agreed to support Prime Minister Nawaz Sharif's calls for peace talks with the Taliban. But previous attempts to pursue peace with the Islamist militant have group failed. The Taliban expressed a willingness to engage in talks with Islamabad at the end of last year, but ultimately backed out after their deputy leader was killed in a US drone strike.

"First of all, troops in the entire tribal area should go back to barracks and then our prisoners should be released," Pakistani Taliban spokesman Shahidullah Shahid told the AFP news agency.

"The Pakistan government must take steps which can develop an atmosphere of trust and can remove the doubts and suspicion," Shahid said.

"We cannot move forward unless the government accepts these two demands," he added.

As the Taliban issued their preconditions for peace, they claimed responsibility for a roadside bomb attack that killed Major General Sanaullah Khan and a lieutenant colonel in the Pakistani army. The high-ranking officers were visiting troops in the Upper Dir district of Khyber Pakhtunkhwa province when their vehicle was hit by the bomb. An army private was also killed in the attack.

"Maj. Gen. Sanaullah and Lt. Col. Touseef embraced Shahadat (martyrdom) this morning," the Pakistani military said in a press release. "They were returning after visiting troop posts on the Pak-Afghan border."

Sanaullah was the highest-ranking army officer in the Khyber Pakhtunkhwa province, a region that includes the infamous Swat Valley, which the Taliban has long used a redoubt. In 2009, the military launched a major operation against the Taliban in the area.

In a separate incident, two roadside bombs went off in the city of Miranshah on Sunday, killing two soldiers. Miranshah is the main city in the North Waziristan tribal agency, which borders Afghanistan.

And on Saturday night, militants ambushed police in the northwestern town of Bannu, killing two and wounding four others.