Emomali Rakhmon, who has ruled Tajikistan for 28 years, has secured the country's presidency for the fifth time. The eccentric leader has brought peace — but also suppresses any opposition. 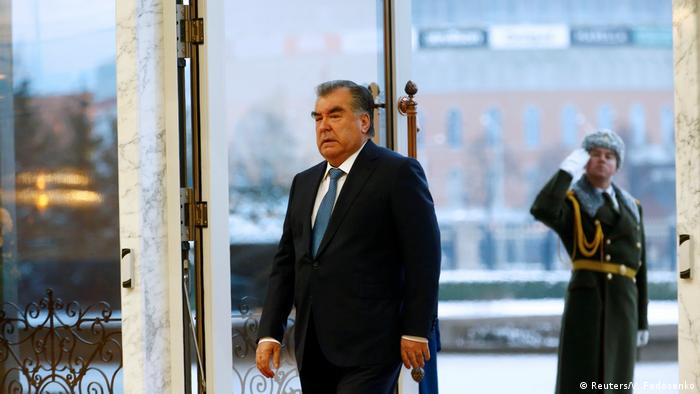 Emomali Rakhmon marked his birthday on October 5 — but his biggest gift would come several days later, when the 68-year-old was re-elected president of Tajikistan.

Although four other candidates were officially running in the October 11 election, there is no independent opposition nor free media in his country — the poorest in Central Asia. It was considered a sure win for Rakhmon in his fifth presidential poll, tallying over 90% of votes, the election commission said Monday.

Although Belarusian ruler Alexander Lukashenko is notoriously known in the West as the "last dictator of Europe," in former Soviet countries, which include Tajikistan, the dubious title is likely better suited for Rakhmon.

From electrician to president

The Tajik leader was born Emomali Rahmonov in 1952, in the village of Danghara. An electrician by training, he first worked at a cheese factory before taking on three years of military service as a sailor. 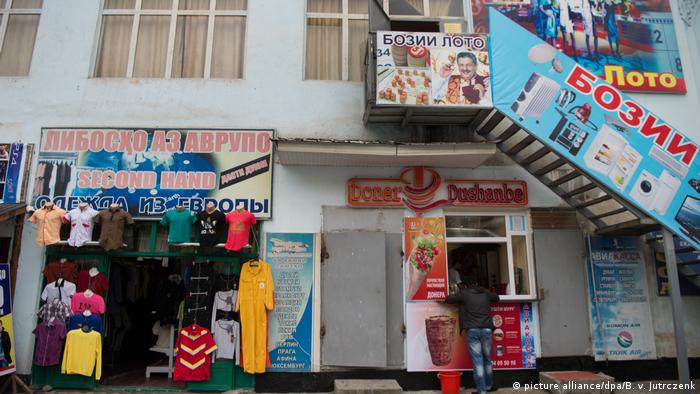 Later he became director of a sovchose, a large state-owned farm. After the collapse of the Soviet Union, Rakhmonov's rapid rise followed. In 1990 he was elected as a people's deputy of the Tajik parliament, and in 1992 he became head of the Kulob province. That same year, as a compromise candidate, parliament elected him chairman — the highest political post of the young state at the time — and head of the government.

Since then, Rahmonov has ruled Tajikistan — but a closer look reveals he has only maintained that firm grip half the time. In the 1990s, after the demise of the Soviet Union, the country was embroiled in a bloody civil war between the central government and the opposition — which included liberal, democratic and Islamic parties and movements. The war lasted five years and, while estimates vary greatly, it is thought between 23,000 and 60,000 people were killed in the fighting.

Rahmonov reached a peace deal with the opposition in 1997, which allowed opposition representatives to occupy 30% of government posts and other key political positions and almost a third of the seats in parliament. The Islamic Renaissance Party of Tajikistan (IRPT) was the opposition's strongest voice. Rahmonov had to tolerate the party, because "he had a weaker and less stable power base and was therefore forced to compromise at first," says Beate Eschment, Central Asia expert at the Centre for East European and International Studies. 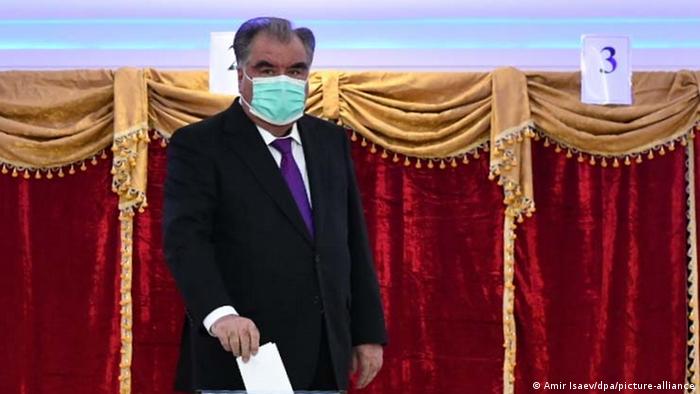 Emomali Rakhmon, who has ruled Tajikistan for 28 years, has been confirmed as the country's president for the fifth time running

Rahmonov, as he was still then known, abided by the agreement for several years — but by the end of the 2000s, he gradually ousted opposition members from all posts.

In 2015 he had the Islamic party banned and labeled the second-largest political party a terrorist organization.

"The ban on the IRPT and the relentless, completely excessive persecution of its leaders and their families was the final point of this development," says Eschment on the Tajik government's campaign targeting the Islamic party.

"Since then, Rakhmon has been able to feel like an undisputed leader and consider the country as the benefactor of his family."

Thousands of supporters of the banned party and many other opposition members have since gone into exile — with many reporting that they were also being persecuted abroad.

Over the years, the Tajik ruler not only became more brutal to suppress opponents — but also more eccentric. In 2007, he changed his name from Rahmonov to Rakhmon and discouraged his compatriots from using "foreign" names.

For some years now, there has been a catalog of "permitted" names. Tajik authorities also arbitrarily stop men with long beards and have them shave off their facial hair because it is considered a characteristic of Islamists. Women are expressly advised not to wear "European" or black clothing, instead they are urged to wear traditional national dresses. 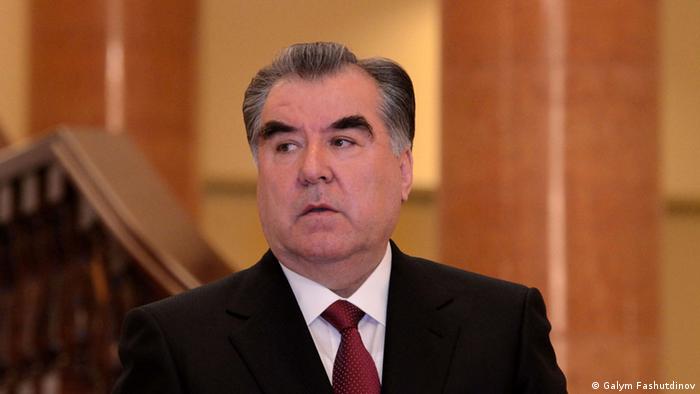 'Your Excellency' Emomali Rakhmon is set to rule Tajikistan for life

Rakhmon changed the constitution several times. Since 2016, term limits for the presidency were removed — enabling him to hold power for life. Poems were read in his honor in parliament, and the state media often compares him to the sun. All around Tajikistan, posters with pictures and sayings of Rakhmon have been put up. In public, each person must address Rakhmon as Chanobi Oli, or "Your Excellency."

Politics stays in the family

In April 2020, Rakhmon's 32-year-old son, Rustam Emomali, was appointed head of parliament — becoming the country's second-most important politician. Previously, the minimum age for a presidential candidacy had been lowered from 35 to 30 years of age.

His eldest daughter, Ozoda, heads Rakhmon's presidential administration, while her husband is deputy head of the National Bank of Tajikistan.

Many relatives and compatriots from the Danghara district, where Emomali Rakhmon was born, hold key positions; regional clan structures still play an important role in Tajikistan. 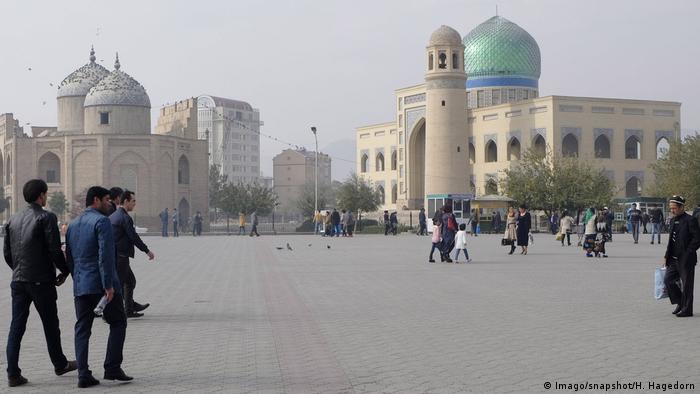 Expert Eschment says that Rakhmon can be credited with the fact that Tajikistan developed "from a civil war to a largely peaceful state."

The Tajik leadership cannot offer reliable employment to residents and, therefore, de facto supports labor migration — about 1 million of more than 8 million inhabitants work abroad, mainly in Russia. Their remittances to Tajikistan are estimated to account for up to half of the total gross domestic product.

Tensions with its regional neighbors, above all Uzbekistan, have also decreased. "However, these observations must definitely be seen in the context of what he failed to achieve," says Eschment.

Tajikistan is the poorest country in Central Asia, with an average wage of about €128 ($151) per month.

"The economy is down, the population lives on mere subsistence, the Rakhmon family and the Danghara-connection are simultaneously becoming richer and richer," says Eschment.

Emomali Rakhmon wins Tajikistan election with more than 90% of vote

Emomali Rakhmon will soon enter his third decade of rule after winning more than 90% of the vote in Tajikistan. The Russian-allied 68-year-old has run the Persian-speaking nation of 9.5 million people since 1992.

Tajikistan has arrested 23 members of the opposition Islamic Renaissance Party. The clampdown has rights groups concerned it is politically motivated, but the government argues the party is a terrorist organization.