Voters in Tajikistan have approved constitutional amendments which allow the current president to run for an unlimited number of terms. The changes also include a ban on the formation of religious political parties. 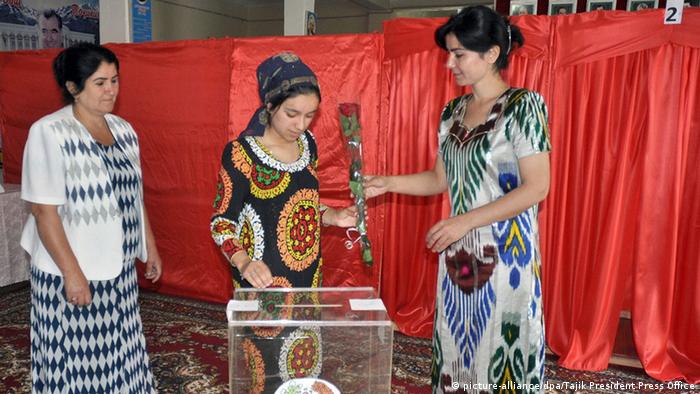 Tajikistan's constitution will be amended following a referendum, announced the country's Central Election Commission on Monday.

Initial results of the election showed that an overwhelming 94.5 percent of ballots cast in Sunday's referendum endorsed the 41 constitutional changes, the country's Central Election Commission (CEC) said in a statement.

The CEC reported that only 3.3 percent voted against the measures, on a ballot which asked voters only one question: "Do you accept amendments to the country's constitution?"

Commission chairman Bakhtiyor Khudoyorzoda added that voter turn out was at 92 percent, or more than four million people. 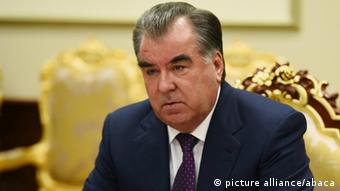 President Rahmon may now be allowed to rule for life

The prime beneficiary of Sunday's referendum was 63-year-old President Emomali Rakhmon, who is now constitutionally allowed to run for an unlimited number of terms.

The term-limit amendment applies only to Rakhmon, who was given "Leader of the Nation" status last year by parliament.

Some of the other approved changes include lowering the presidential age limit from 35 to 30, which would enable Rakhmon's 28-year-old son to run for the position.

Critics say Rakhmon - who has ruled the Central Asian since 1994 - has disregarded religious freedoms, civil society and political diversity in recent years.

Another key change, which was approved during the referendum, creates a blanket ban on the formation of political parties based on religion in the majority-Muslim nation.

Last year, a court shut down the opposition Islamic Renaissance Party of Tajikistan (IRPT), after the government labeled it a terrorist group. Some of the party leaders are facing life sentences for allegedly plotting a coup.

Sunday's referendum was the third on constitutional changes in the former Soviet nation's history. Referendums in 1999 and 2003 were also focused on extending Rakhmon's stay in power.