Groups of Jihadists are increasingly targeting Christian communities, lumping them together as "pro Assad." More than a third of Christians have fled. Some worry about the future of Christianity in the country. 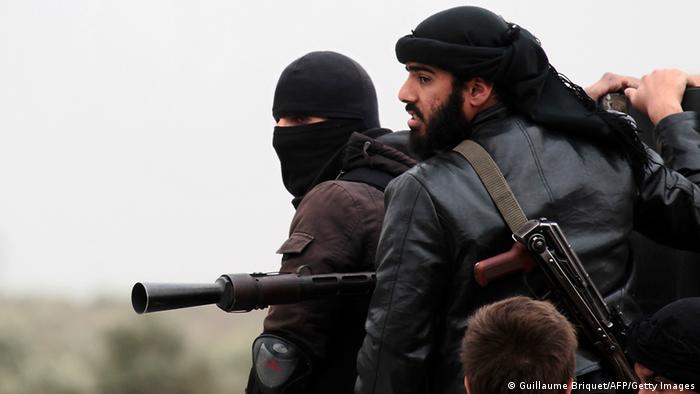 In the days after a sharpshooter put his brother in the crosshairs and pulled the trigger, Jalal Gazouha lived as if in a cloud. "I almost went crazy with grief," the Syrian explained on the telephone. The connection crackles. The 29-year-old's brother was killed by al Qaeda fighters in the western Syrian city of al-Qusayr, close to the Lebanese border. Gazouha is convinced that his brother was killed because he was Christian. "They want to drive us out of Syria," he told DW.

By "they," he's referring to Jihadists from countries neighboring Syria - with a few hundred from Germany mixed in - who have joined in the Syrian civil war to fight against the regime of Syrian President Bashar al-Assad. According to Gazouha, they're also targeting Christians. Twenty of his family members have been murdered, he says. When Gazouha received death threats, he fled the country. "I saw my name on a list on the Internet. That list contained names of Christians who were supposed to be killed, he says, written by "the terrorists of al Qaeda."

Jean Kawak, a Syriac bishop from Damascus, chose his words carefully when he spoke about the subject with DW. "We Christians have recently felt threatened by particular radical Islamist groups," he said.

Kawak's own sister was forced to flee Ma'loula, a small, largely Christian village just an hour's drive north of Damascus. Islamist rebel groups attacked that village, carried out fire attacks on two churches in Rakka in north central Syria and also kidnapped two Syrian bishops in April; the culprits behind the latter attack, eyewitnesses said, were foreign Jihadists. All of these things, the Aramaic bishop says, "affect our Christian presence within Syria." One-third of Christians have fled the country in the last two years due to the civil war - with numbers increasing.

These radicalized groups are not only targeting Christians though, Kawak says. "Moderate Muslims are also being threatened." 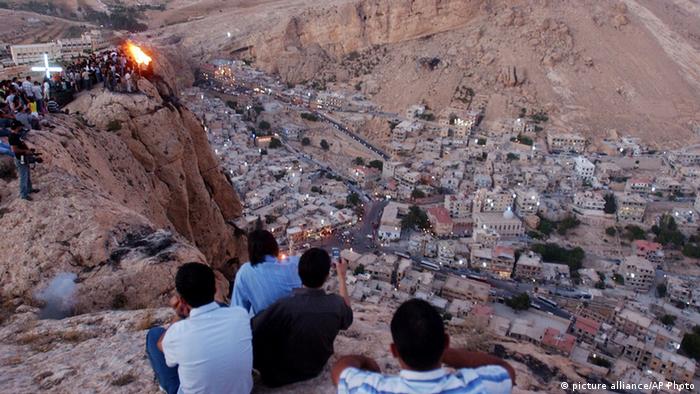 Ma'loula, Syria was once a popular tourist destination from nearby Damascus

Kawak fears that Christian refugees may not be able to return at war's end - something comparable, he says, to what happened in southern Turkey. "Christianity has been there for 2,000 years. And we hope that Christianity is not going to leave that area."

To prevent that, Kawak traveled from Damascus to Europe for a short trip. He met with Swedish politicians, German aid organization employees as well as members of Germany's Foreign Office, showing statistics related to refugees and handing out so many business cards that he had none left by the time of the interview with DW. His goal? More humanitarian aid for people in Syria - but also a political solution to the conflict. The West must do more, he says, to bring both sides to the negotiating table.

"Reconciliation is possible," says Kawak - of that he is convinced.

But what kind of reconciliation could be possible between Bashar al-Assad and the rebels, the latter of whom have rejected any form of political solution that leaves Assad in power? The bishop shakes his head.

"You can't make demands before you begin negotiations. A real dialogue has to take place without preconditions," he said. Otherwise, the bishop worries, murders and tit-for-tat attacks will continue for years - perhaps decades - with an unforeseeable end for Syria's Christians.

Jochen Langer, Middle East expert at the International Society for Human Rights, shares the bishop's concerns. "The Syrian army is trying, as well as they can, to protect Syria's Christians," he told DW. "But that's only possible to a limited extent."

Lately, the regime has been hard-pressed to secure any single area within Syria. Daily, sometimes hourly, the fronts between rebel forces and the Syrian army change. Christians are in particular danger, Langer says, "when they, wherever they live, end up between the fighting." In other words, Christians, like all Syrians, die from the bombs and grenades that land in their villages and cities.

In some regions, Langer says, Christians have already been singled out, often by the Islamist al-Nusra Front, a group moderate opposition forces have no control over. But the expert also added that "those could also be very personal acts of rage."

Sadiq Al-Mousslie, a member of the Syrian National Council in Germany that forms part of the Syrian National Coalition, acknowledges that there were cases of "sporadic attacks by sick individuals." But were they targeted attacks? "No," he says firmly. "That's part of the Assad regime's propaganda that's been taken up by the West." Behind it, he says, is the regime's intent to divide and weaken the opposition. 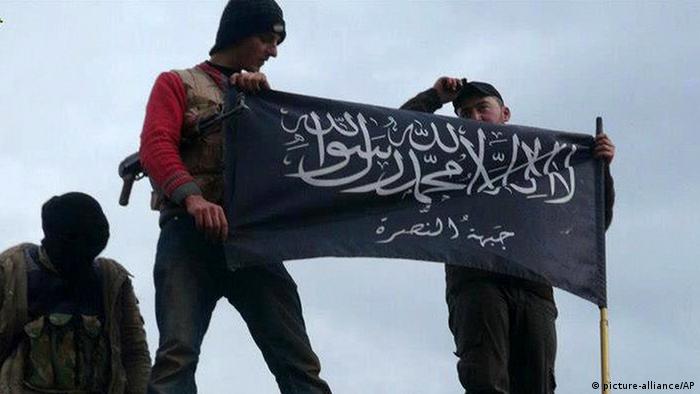 For Jalal Gazouhas and his Christian family, other factors also had an influence. His extended family's homes and property holdings were divided amongst his Muslim neighbors, he says. "We were an important family in al-Qusayr. That's why we were attacked." Still, he is convinced: "We were persecuted because we're Christians." He speaks of friends who disappeared without a trace, rumors of checkpoints where Syrians with Christian names are arrested.

Previously, Gazouha worked for Syria's ministry of tourism. Today, he's "not with Assad, but for the regime." Why?

"Under Assad there was security for Christians," he says. Christians in Syria are often therefore accused of supporting the Assad regime - or remaining neutral at the very least and of not having joined the opposition forces.

It's an accusation Bishop Jean Kawak rejects. "The whole world puts Christians in one basket - pro regime - and this is not true," he says. Like all other communities, there are Christians in Syria who support Assad, those who are against him and those in the middle.

Khaled*, a Syrian Christian who studied in Germany, is part of that middle.

"I was always against Assad," he told DW. "But now?" He pauses briefly. "If the extremists gain the upper hand, then I don't know what's worse."

He prays, he says, that there may finally be a peaceful solution - of some kind.

In Arab Spring countries, Christians are caught in the crossfire. They face attacks and threats. As a result, many are leaving their homelands. Other religious minorities, too, are feeling the heat. (30.03.2013)