Government airstrikes have killed dozens in the "Islamic State" stronghold of Raqqa, a monitor reports. The airstrikes were the deadliest by Syria's military against the city since IS seized control of it last year. 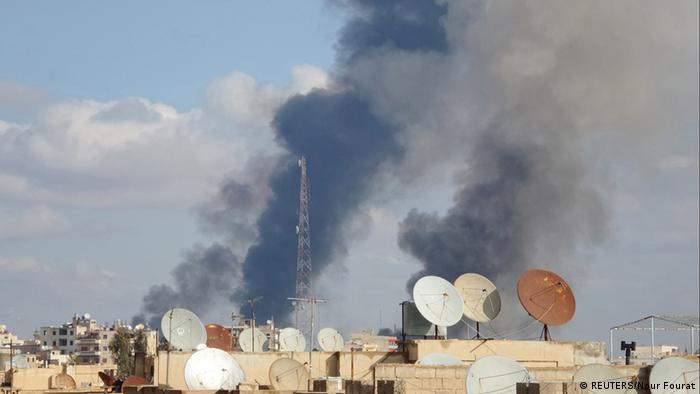 Government raids struck a market and a neighborhood in Raqqa in northeastern Syria, killing 95 people, including eight adult civilians and four children, according to the Syrian Observatory for Human Rights, a UK-based group aligned with the non-Islamist rebels in the country's three-year civil war.

Activist footage showed several bloodied bodies laid out on a street near an apparent bombing site as an ambulance rushed to the scene. Residents denounced the raids as a "massacre."

"Among the 63 killed were at least 36 civilians," Observatory head Rami Abdel Rahman said. "There were also 20 unidentified victims who could be civilians or jihadists, as well as the disfigured remains of at least seven other people."

In 2013, the "Islamic State" took over Raqqa, the only Syrian provincial capital to fall from government control since the outbreak of a 2011 revolt. Strategically located on the Euphrates River near the border with Turkey, Raqqa had a pre-war population of about 220,000 but has become home to 300,000-350,000 people, including many displaced by the conflict, according to the Observatory.

As has become IS's modus operandi, the group targeted activists and rebels who had helped expel government troops, killing some, kidnapping several and forcing others to flee. For months after IS took control, President Bashar al-Assad's regime only rarely targeted Raqqa, apparently reserving most of its firepower for areas under mainstream rebel control. 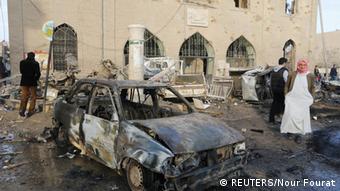 The government intensified airstrikes against IS in northern and eastern Syria in the summer. On September 6, airstrikes on Raqqa killed 53 people, among them at least 31 civilians, according to the Observatory.

The US-led coalition has also targeted IS in Raqqa. Activists say residents fear government strikes more than the coalition's because the regime's attacks have killed more civilians than they have IS fighters.

IS also killed two men by stoning in the province of Deir Ezzor on Tuesday, an apparent punishment for perceived homosexuality, according to the Observatory. And, in the central province of Homs, IS fighters beheaded a member of the minority Ismaili community, accusing him of "apostasy," according to the monitoring group.

The group also destroyed a convent in Mosul, Iraq, a city the group has controlled since June. In addition to fellow Muslims, who have borne the brunt of the IS attacks, the group has frequently targeted Christians by bombing their churches and killing clergymen, as well as other religious minorities.