Switzerland has voted in favor of preimplantation diagnosis (PGD) in a nationwide referendum. The constitutional amendment will enable doctors to select which embryos to transplant after artificial insemmination. 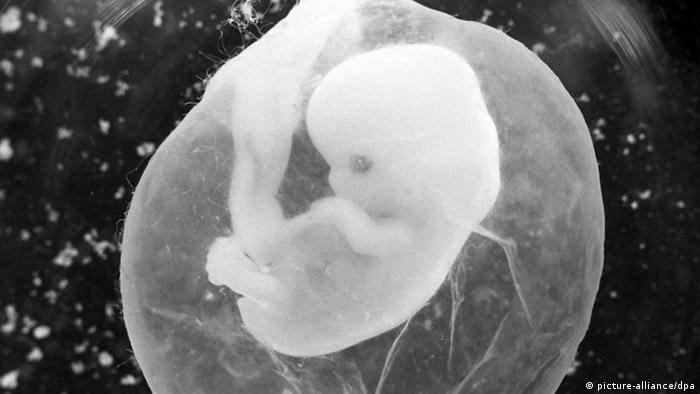 More than 60 percent of the referendum electorate voted in favor of the controversial reproductive treatment on Sunday.

The forthcoming amendment to Switzerland's reprodutive medicine law will allow PGD to be available only to couples who are carriers of severe hereditary diseases, as well as those unable to naturally conceive a child. The process should not be used, however, "to bring about certain characteristics in the child or to operate research."

The hopes of parents and doctors using PGD is to prevent serious diseases among children. By selecting one single embryo, health risks to both mother and baby should also be reduced. Of the 80,000 babies born in Switzerland every year, around 2,000 are brought into the world through artificial insemination.

During parliamentary consultations over the legal change to artificial insemination, the number of embryos produced in a treatment cycle was a great cause for controversy , with law makers finally agreeing on a limit of twelve. The current limit stands at three.

Sunday's referendum result was immediately received with criticism from some religious groups, however, with the Evangelical People's Party calling for a referendum against the amendment to the law of reproductive medicine. The Catholic Swiss Bishops Conference also rejected PGD.

Although not categorically standing against the treatment, the Swiss Protestant Church demanded "clear and strict rules" which they believe were missing from the submitted regulations.

The amendment to the Swiss law on reproductive medicine will bring Switzerland into line with many of its European neighbors.

In Germany, PGD is only allowed if there is a high risk of serious hereditary disease or serious injury, which is highly likely to lead to death or miscarriage.