At only 2.96-millimeters and 0.063 grams, Switzerland's national mint has created the world's smallest gold coin. The mint said it tried to apply the same absolute precision of world-renowned physicist Albert Einstein. 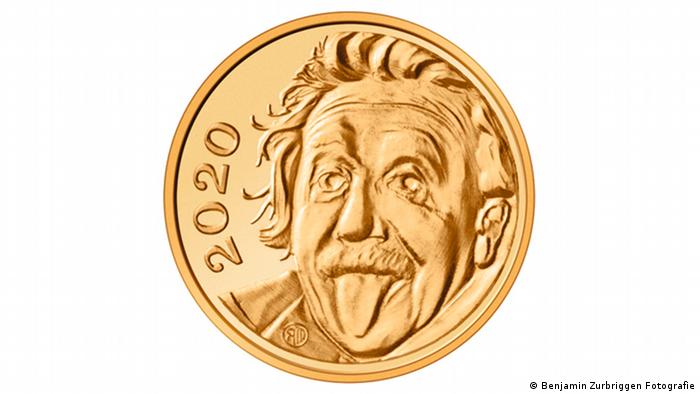 Switzerland has minted the smallest gold coin the world has ever seen, state-owned Swissmint announced Thursday.

The 2.96-millimeter (0.12-inch) gold coin, weighing only 0.063 grams (1/500th of an ounce), is so small the viewer needs to squint closely to see world-famous physicist Albert Einstein sticking his tongue out.

According to Swissmint, 999 of the coins have been made, and a single coin will be sold for 199 francs and accompanied with a special magnifying glass so owners can see Einstein.

Born in the southern German city of Ulm in 1879, Einstein revolutionized the world view of physics in 1905 with his formula E=mc² (energy equals mass multiplied by the square of the speed of light).

Swissmint said it tried to apply the same qualities to the creation of "the smallest gold coin the world" by using absolute precision to achieve a world record in coin minting.

Einstein, who came from a Jewish family, spent parts of his life in Switzerland and acquired Swiss citizenship. He lived in the Swiss capital, Bern, from 1903 and 1905 and developed his theory of relativity there.