In a DW interview, the head of the Pirate Party Switzerland applauds a government report that reaffirms the right to download copyrighted material. But he says it should go further. 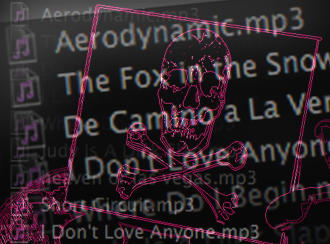 In Switzerland, unauthorized downloading of music is legal

A new government report published late last year from the Federal Office of Intellectual Property confirmed that current Swiss law with respect to downloading copyrighted material should stay as it is. Unlike in most other countries, downloading copyrighted material for personal use in Switzerland is legal. In most countries, authorized downloads of music, films or software are often prosecuted. Often, entertainment industry groups decry digital piracy as theft and argue that they are losing money. However, the new Swiss report argued that this may not, in fact, be the case - as that revenue has simply moved to other areas. 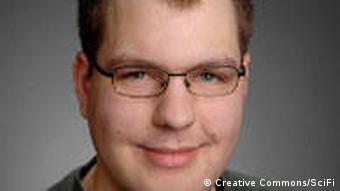 Denis Simonet is the president of the Pirate Party Switzerland

Deutsche Welle: What does this ruling mean exactly?

Denis Simonet: Well, actually it's not a new ruling, it's just a confirmation that it's still the same in Switzerland, or it's the conclusion that it should stay as it is today. This is the reaction to a request by Geraldine Savary, she's a [member of the Swiss parliament], and she asked the Federal Council if the country needs new laws for downloading and uploading of MP3 files and music and films and so on. It took a while, but they did a request at the Swiss Federal Institute for Intellectual Property and this institute answered to the Federal Council that we don't need to change anything, which is that you can download music but you can't offer it.

That's a big question. There are lawyers that looked at this and said that if you download music, and the client doesn't allow you to disable what you're uploading, but if you're really offering music after you've downloaded it, then that should be illegal. But then there are other opinions that say that peer-to-peer networks can't be legal, and so you must use RapidShare [a download-only site], if you download music in Switzerland.

RapidShare is a Swiss site, isn't it?

Yes, but its servers are not based in Switzerland. 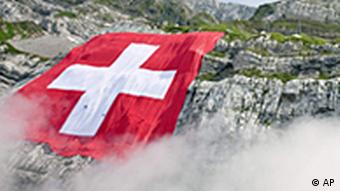 The government undertook this study to re-evaluate if the Swiss laws regarding intellectual property needed changing and they said that they don't. One of the surprising statistics that came out of the study was that one in three people in Switzerland download unauthorized music, movies and games from the Internet. Did that surprise you?

No, it didn't surprise me. Yes, one-third is a big number. But there is another result that I found interesting. The amount of money didn't change, only the way that they earn money has changed. People don't buy CDs anymore but they go to concerts, and the concerts got more expensive and merchandising increased and so on.

What has been the reaction from the Swiss entertainment industry and the Swiss public at large?

Well, not too surprisisingly, they don't like this answer. There was also an answer by Geraldine Savary and she didn't agree with the opinion of the Federal Council and she got into the board of the organization that deals with royalties, [and expressed her disagreement]. 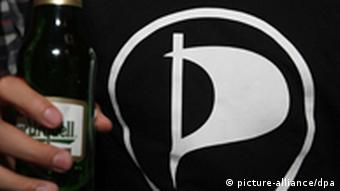 Yes, it's a good thing that downloading stays legal, but in our opinion offering music should be legal too. Because we think that culture is for everyone and if you're not earning money from it, you should be free to share movies music and so on with the public. We think that only the commercial use of music, movies and so on should be restricted for a limited period of time. In the Pirate Party Switzerland's white paper, we think that 14 years should be enough.

Do you hope or does the Pirate Party Switzerland hope that this type of ‘non-policy' as you call it should be exported around the world?

Of course. We even hope that countries will change the opinion that downloading music is a crime. It's not a crime, it's a need for many people - that's why so many do it. We want to listen to music, and we want to buy music to support bands, but many times we just want to listen to one song and try out a band, and we probably don't want to listen to them more than once. It's understandable that people don't want to just buy a CD, listen to it once, and throw it away. The Internet changed the way we consume music, movies and culture in general and laws should reflect that change throughout the world.

'Ready for change': Pirate Party is the real winner in Berlin state election

With 8,9 percent of the vote, the Pirate Party has successfully cleared the five-percent hurdle to win seats in Berlin's state parliament. It's the party's chance to make its debut in Germany - but what is its platform? (19.09.2011)

Tipnafilm.cz provides links to other sites to download unofficial digital copies. The new site, which exists in a legal grey area in the Czech Republic, has not yet had any response from the entertainment industry. (17.08.2011)