The Social Democrat lost a vote of no confidence last week and has now asked the parliament speaker to form a new government. A dispute over proposed reforms to Sweden's rental market led to Lofven's downfall. 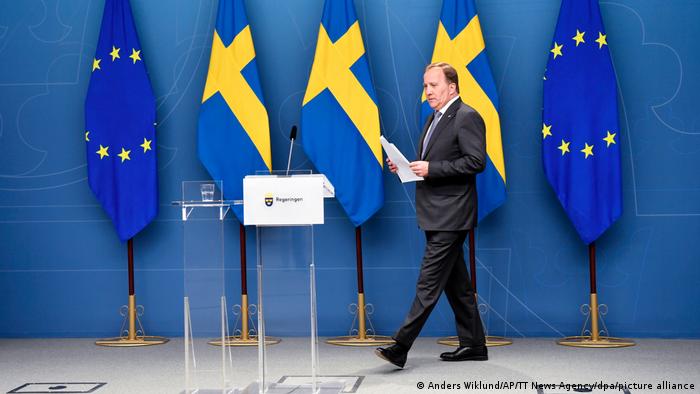 Lofven's decision to step down comes just a week after he became the first Swedish leader ever to lose a no-confidence vote among lawmakers.

The vote was called after a left-wing party withdrew its support for Lofven's minority government due to a clash over proposed reforms to Sweden's rental market.

Following the lack of support among his peers, Lofven could have either called a snap election or resigned. But in the wake of the coronavirus pandemic, Lofven told a news conference a snap election was "not what is best for Sweden."

"The speaker will now begin work on proposing a prime minister who can be tolerated by the Riksdag [assembly]. The government will continue to govern the country for now, but as the caretaking government.''

Parliament speaker Andreas Norlen will have up to four attempts to find a new prime minister. It is up to him to start talks with party leaders who are able to form a new government.

A former union boss and welder, Lofven had headed a fragile minority coalition with the Greens since 2018, relying on support from two small center-right parties and the Left Party in order to form a government — which was four months in the making.

Last week's motion of no confidence had triggered frenzied talks across the political spectrum as both blocs tried to line up enough support to form a government.

But with the center-left and center-right blocs evenly balanced in the polls, a general election, the next of which is scheduled for September 2022, might find Sweden in a political stalemate once more.

The Swedish FA has contacted police after a cascade of abuse was sent to striker Marcus Berg on social media. The 34-year-old had missed a big chance in Sweden’s 0-0 draw against Spain at Euro 2020.

Sweden's pandemic response has been criticized both by Prime Minister Stefan Lofven and an independent commission. But both disagree on who is to blame.