Sweden's pandemic response has been criticized both by Prime Minister Stefan Lofven and an independent commission. But both disagree on who is to blame. 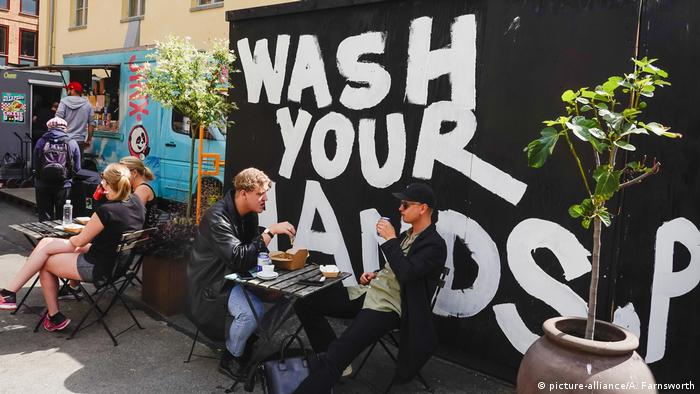 Sweden's Prime Minister Stefan Lofven said Tuesday the country's officials did not adequately care for the elderly during the COVID-19 pandemic. He also said health officials misjudged the effect of the latest pandemic wave.

"I think that most people in the profession didn't see such a wave in front of them, they talked about different clusters," Lofven told the Aftonbladet newspaper.

Later Tuesday, an independent commission made up of political scientists, crisis management experts and public health experts, also published a report that criticized the response to the pandemic. However, they pointed a finger at Lofven and his cabinet.

"The government should have taken measures to ensure the elderly care was better equipped to deal with the pandemic," said Mats Melin, the commission chairman, at a news conference.

Sweden has so far recorded about 341,000 infections and more than 7,600 deaths from the pandemic with one of the highest per capita death rates in the world. The commission stated that nearly 90% of fatalities were of elderly at least 70 years old and half of them were in long-term residential care.

The commission said there were "structural shortcomings that have been well-known for a long time" which "led to residential care being unprepared and ill-equipped to handle a pandemic." Such shortcomings included a lack of protective equipment and delays in testing.

The report warned of they described as "fragmentation" in the Swedish healthcare systems. Elderly care is divided between 21 regions and 290 municipalities. The officials said the regulatory framework should be reformed, and also urged improving staffing levels and training as well working conditions for healthcare workers.

The commission concluded that the "ultimate responsibility for these shortcomings rests with the government in power – and with the previous governments."

Relaxed approach not working out

Sweden became known for not implementing harsh lockdowns on its residents, unlike most other European countries. Schools, bars and restaurants were kept open, although residents were expected to adhere to social distancing guidelines.

This policy, however, has led to the most deaths from the virus of any Nordic country by far, and at a much higher rate per capita. Sweden's statistical agency said Monday that the more than 8,000 November deaths from all causes in the country was the highest overall mortality since the first year of the 1918 flu that ravaged the country.