Authorities have arrested a second man in connection with a truck attack in Stockholm that killed four people. Swedish police had been looking for accomplices after a 39-year-old Uzbek man confessed to driving the truck. 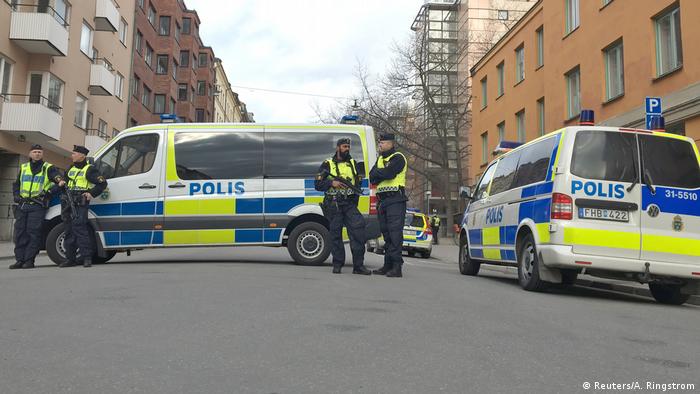 While terrorists continue their attacks in various European cities, ordinary people appear less and less fazed by the terror threat. Societies now have the chance to build up resilience to danger, experts told DW. (22.04.2017)

Weeks after a truck mowed down pedestrians on a shopping street in central Stockholm, Swedish police arrested a second suspect in the case, prosecutors said on Monday.

Police spokesman Simon Bynert said that the suspect was a man and that he was arrested on Sunday.

Both police and prosecutors did not provide any further information on the man's suspected offense. The prosecution has until Wednesday to decide whether the suspect should be formally remanded in custody.

Four people were killed in the truck attack on April 7, including two Swedes, one Briton and one Belgian. Out of the 15 people who were wounded by the truck, only one remains in hospital, local authorities said on Monday.

A 39-year-old Uzbek national, Rakhmat Akilov, confessed to driving the stolen truck and pleaded guilty to a terrorist crime. He is being held in custody, but police have been looking for possible accomplices.

The construction worker and father of four was refused permanent residency in Sweden in June 2016. After receiving a deportation order, Akilov went underground last year, but police said there was nothing to indicate that he might plan an attack.

Swedish authorities have not disclosed a motive for the attack and no extremist group has claimed responsibility for it.

The Stockholm attack was the fourth time in the past year that a vehicle has been used to target a crowd of civilians in Europe. It follows the deadly attacks in London, Berlin and Nice.