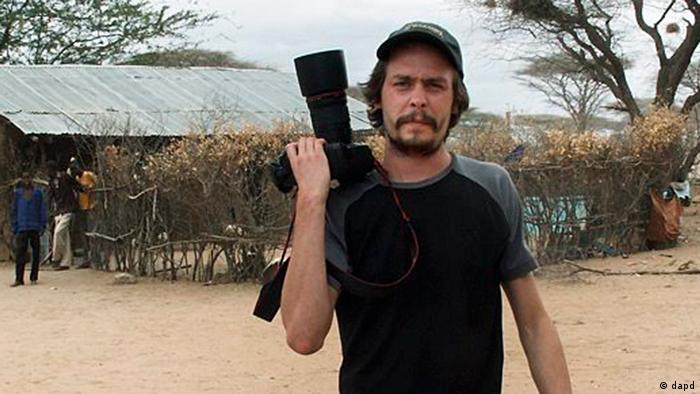 Reporter Martin Schibbye and photographer Johan Persson were arrested with rebels from the Ogaden National Liberation Front after illegally entering from Somalia. Before his death last month, Prime Minister Meles Zenawi approved the release as part of traditional annual pardons for September 11, the Ethiopian New Year. A government source told the Reuters news agency that the journalists had been pardoned along with more than 1,900 other inmates.

Authorities arrested the journalists in Ogaden, a remote southeastern region of Ethiopia populated mainly by ethnic Somalis, where the freelancers had gone to investigate a company affiliated with Sweden's Lundin Petroleum. The court did find that the journalists had not been involved in carrying out any attacks. Some of Ethiopia's allies, including the European Union and United States, expressed concerns about the verdict.

Human rights groups call Ethiopia's anti-terror law vague and indiscriminate. The country has detained about 150 people, including 10 reporters, since passing legislation in 2009 to deal with rebel groups that have links to al Qaeda and Eritrea.

Ethiopia has said acting Prime Minister Hailemariam Desalegn will remain at the helm until elections in 2015. The announcement came as the body of autocratic ruler Meles Zenawi was brought home for burial.

There is still no news about Ethiopian journalists detained under the anti-terror law. The Committee to Protect Journalists calls Ethiopia's press laws some of the world's most restrictive. Seventy-nine reporters and editors have been forced into exile since 2001.

In July alone Ethiopia sentenced a prominent blogger and five other exiled journalists to between eight years and life on charges of conspiring with rebels.