Ethiopia has said acting prime minister Hailemariam Desalegn will remain at the helm until elections in 2015. The announcement came as the body of autocratic ruler Meles Zenawi was brought home for burial. 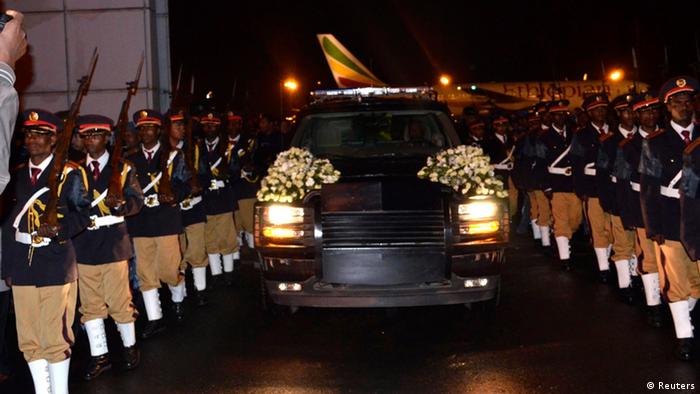 Only days ago Ethiopia's government spokesman Bereket Simon had been seeking to reassure diplomats and journalists that Prime Minister Meles Zenawi would be back on his feet in time for the Ethiopian New Year festival on September 11th.

Somehow nobody really believed him. Meles, referred to by his first name as is customary in Ethiopia, was normally a busy, bustling politician. Yet in June he failed to put in an appearance at a key African Union summit in the Ethiopian capital, Addis Ababa. Rumours of his impending demise suddenly became more credible.

On Tuesday August 21, Information Minister Bereket Simon addressed international media in Addis Ababa and confirmed that Meles had died. On the same day Ethiopian state television ETV reported on the matter for the first time. Earlier a newspaper which had printed speculation about the prime minister's state of health was shut down. 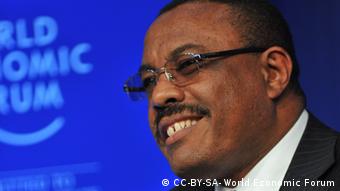 Sally Healy is an expert on Ethiopia at the Rift Valley Institute in London. She says Ethiopia has very strong state institutions, so we should not imagine that the death of the prime minister is going to mean an imminent breakdown. She does, however, sound a note of caution.

"The question to be settled over time is who is going to be controlling these state institutions in the future and I don't think this is something that is going to get settled instantly," she told DW.

According to the constitution, the business of running the country now rests with Deputy Prime Minister and Foreign Minister Hailemarian Desalegne.

A civil engineer by training, the former advisor to Meles is a respected technocrat though he lacks the late prime minister's assertiveness. A member of the Wolayta ethnic group, Hailemariam Desalegne does not belong to the Tigray-Tigrinya people, who made up the power base of Meles Zenawi.

So if Hailemariam were to put himself forward as a possible successor, his candidacy would be unlikely to receive much support from the Tigray People's Liberation Front (TPLF) or from the powerful military.

It is also questionable whether the influential orthodox church would support a Protestant as the country's leader.

The Oromo ethnic group will also wish to be consulted over Meles' successor. They are numerically the largest ethnic group in the country, but this not reflected in their political weight. The position of head of state, which could come their way, is largely ceremonial.

If one is to believe sources in the Ethiopian diaspora, a power struggle over Meles' successor is being fought behind the scenes. The candidates with the best chances of winning are said to be the health minister and Meles' aide, Tewodros Adhanom, and his close associate from the TPLF, Berhane Gebre Kristos.

Meles' widow, businesswoman Azeb Mesfin, who as a member of the all-powerful 9-member strong politburo has amassed a fortune and has been linked with corruption allegations, is also being tipped as a possible successor, though her chances of securing her late husband's job are said to be slim.

Jakkie Cilliers is the director of the South African Institute for Security Studies (ISS). He warns of a period of potential instability in Ethiopia, but assumes that the governing party has been preparing for the scenario for the last few weeks.

"I hope that we will find a swift and a consolidated transition," he says. "I don't think a hand-over of power in a country like Ethiopia where there has been such an entrenched personalised power is easy in any circumstances," he said. 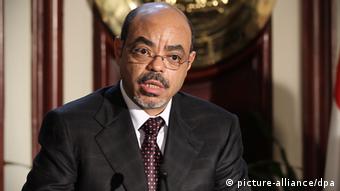 Meles' death will have consequences far beyond Ethiopia's borders. An assertive regional power, the country wields influence not only in Sudan, but also in chaos-ridden Somalia, where its troops are fighting the Islamist al-Shabab rebels. And the controversial negotiations with Egypt over the use of Nile River water, in which Meles was personally involved, will now have to be conducted by somebody else.

Sally Healy from the Rift Valley Institute says the most interesting question is "of course Eritrea" and whether the death of Meles is going to lead to "some dramatic change in that relationship."

Healy was referring to the ongoing feud between guerrilla fighters, who were once allies of Meles, and Eritrea's authoritarian ruler Isayas Afewerki. Relations between Ethiopia and Eritrea have been extremely tense since a costly border war which they waged between 1998 and 2000.

The mood in the region was summed up on Tuesday by Raila Odinga, prime minister of Kenya, strategic partner and neighbor of Ethiopia. "We are worried about stability in Ethiopia," he said, "I do not know if the country is prepared for transition."

Jakkie Cilliers from the ISS believes there is a positive side to Meles' departure and that "he's leaving at the right moment." Meles is not "hanging on like Museveni and Mugabe until he leads his country into the twilight. So it is also an opportunity for Ethiopia."

Meles' death is not the only recent event to harbor an element of destiny for Ethiopia. On Thursday, there will be a burial service for another key public figure, the head of the influential and conservative Ethiopian Orthodox Church, Abune Paulos. The choice of his successor is not just an ecclesiastical matter. It, too, will reverberate through Ethiopian politics.

Ethiopia's prime minister Meles Zenawi had ruled Ethiopia since 1991 and his authoritarian style of leadership had invited frequent criticism from rights groups. (21.08.2012)

The African Union celebrates its tenth anniversary with member countries at loggerheads over the leadership of the bloc and crises in Mali, Sudan and Somalia. (12.07.2012)

Ethiopia's high court has handed down jail sentences to 24 journalists and opposition activists under anti-terror legislation. Critics say it is part of a government strategy to silence voices of dissent in the country. (13.07.2012)