Swedish authorities have issued a warrant for the arrest of Julian Assange, the founder of the WikiLeaks whistle-blower website. Assange views the charges as a response to his publication of classified war documents. 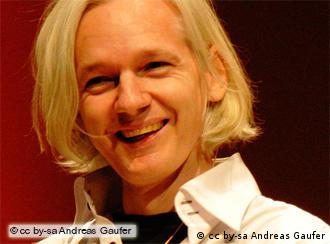 For Asssange, the charges are mere 'dirty tricks'

A Stockholm court approved the request to detain Assange on Wednesday, after a prosecutor called for his arrests over allegations of rape, sexual molestation and unlawful coercion during a visit to Sweden in August.

The decision, which was announced after a hearing at the Stockholm district court, will allow Swedish prosecutors to seek assistance from other countries to obtain Assange's arrest.

The prosecutor's office began the investigation against Assange, an Australian citizen, in September. "The reason for my request is that we need to interrogate him. So far, we have not been able to meet him to carry out the interrogations," said Marianne Ny, heading up the case for the Prosecution Authority.

Assange has strongly denied the charges, calling them baseless. His lawyer in Sweden, Bjoern Hurtig, has criticized the request, calling it "exaggerated" and "out of proportion." 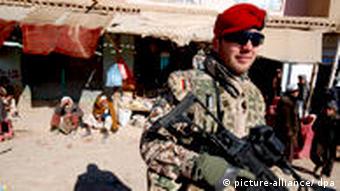 Many say the leaked files could further endanger soldiers' lives

"[ Assange] of course denies the allegations and opposes being arrested, and we do not think it is proportional to demand his arrest just to interrogate him," Hurtig told news agency AFP. He said that his client "is absolutely prepared to come to Sweden [and] wants to cooperate."

Assange has previously suggested that the allegations against him could be part of a "smear campaign" aimed at discrediting his website. In October, WikiLeaks angered the Pentagon over its release of nearly 400,000 classified documents on the Iraq war, which Assange said showed 15,000 more civilian deaths than previously thought.

In July, the site posted some 77,000 secret US files on the conflict in Afghanistan. The publication met with widespread criticism, with German Commander Hans-Werner Fritz, currently stationed in Afghanistan, calling it "absolutely irresponsible and dangerous."

Swedish prosecutors have withdrawn an arrest warrant for rape against Wikileaks founder Julian Assange. Supporters say a dirty tricks campaign is underway after the publication of classified documents. (22.08.2010)

The German commander of international forces in northern Afghanistan has warned that the release of classified documents by the whistle-blowing website Wikileaks poses a lethal threat to soldiers. (29.08.2010)