One of Sweden's largest banks has been implicated in a massive money laundering scandal, standing accused of giving US investigators misleading information. The bank's chief executive, Birgitte Bonnesen, has been fired. 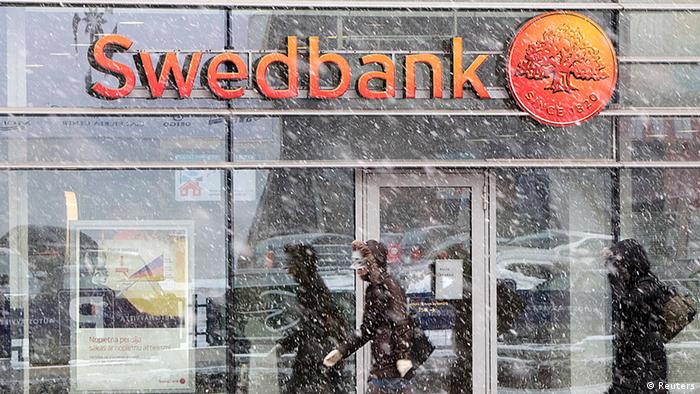 The Swedish bank is accused of misleading US investigators over transactions made by its clients linked to Mossack Fonseca, a Panamanian law firm, which is at the center of a global tax avoidance and money laundering scandal, according to Swedish public broadcaster SVT.

"The developments during the past days have created an enormous pressure for the bank. Therefore, the board has decided to dismiss Birgitte Bonnesen from her position," Swedbank chairman Lars Idermark said on Thursday.

The bank has said it cannot comment on specific transactions or give information about clients because of client confidentiality.

Bonnesen had described Wednesday, the day of the raids, as a "tough day." She has repeatedly stressed her confidence in the bank's anti-money laundering procedures, adding that Swebank had reported suspicious transactions to authorities.

Money laundering is suspected in relation to at least 40 billion Swedish crowns (3.8 billion euros, $4.3 billion) transferred between Swedbank and Danske Bank’s Estonian unit between 2007 and 2015.

Bonnesen oversaw the bank's anti-money laundering policy between 2009 and 2011, before going on to head the institution's Baltic operations.

Danske Bank was the first major bank to face questions when suspicions emerged over the origins of billions of euros that had flowed through the Estonian branch of Danske Bank.

Since then, a number of banks have been embroiled in the scandal, with Swedbank just the latest.

An EU Commissioner called it "the biggest scandal in Europe today." The Danske Bank-Russia money laundering affair is a shock for many in Denmark — for high-end UK realtors it's just a supply chain glitch. (25.09.2018)

Roughly €200 billion worth of "suspicious" transactions were taken care of by the Danish bank's branch in Estonia. The branch was reportedly known for laundering money for Russian President Vladimir Putin's family. (20.09.2018)