The Supreme Court in Sweden has rejected Wikileaks founder Julian Assange's request to revoke a warrant for his detention. Assange has been living in the Ecuadorian embassy in London to avoid extradition from Britain. 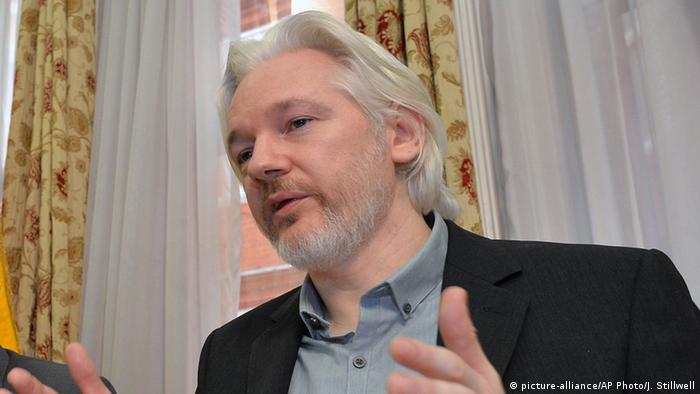 Wikileaks founder Julian Assange's appeal was denied by the Swedish Supreme Court on Monday. The Australian had filed a request to revoke the warrant for his detention following complaints of sexual harassment in 2010.

"The Supreme Court notes that investigators have begun efforts to question Julian Assange in London. The Supreme Court finds no reason to lift the arrest warrant," the court said in a statement.

Sweden issued the arrest warrant in 2010 after two Swedish women accused the internet activist of rape and assault. Assange, who has not been charged, sought refuge with the Ecuadorian embassy in London in 2012 to avoid getting arrested and being sent to Stockholm for questioning.

After nearly five years of uncertainty regarding the case, Swedish investigators finally offered to interrogate Assange in London this year. The Wikileaks founder has denied all allegations against him, arguing that his sexual encounters with the two women were consensual.

The Australian has avoided travelling to Stockholm, suspecting he could be sent further on to the USA, where authorities are looking into the 2010 Wikileaks release of 500,000 classified military files on US-led wars in Afghanistan and Iraq. The leaks also included 250,000 diplomatic cables which proved to be very embarrassing for Washington.

Assange agrees to be interviewed at London embassy

WikiLeaks founder Julian Assange has agreed to be questioned over rape allegations at Ecuador's London embassy. The development could break a five-year deadlock in the case. (16.04.2015)