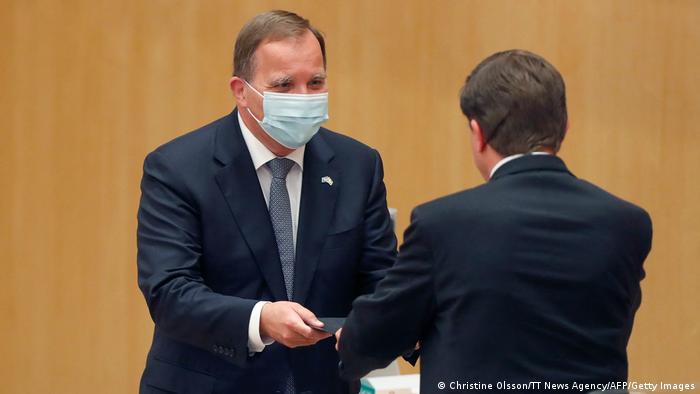 Stefan Lofven has been reinstated as Swedish prime minister

Social Democrat leader Stefan Lofven was narrowly reelected as prime minister by the Swedish parliament, or Rijksdag, on Wednesday after he quit last month following a no-confidence vote he lost. The former union boss and welder lost the support of a left-wing party due to proposed reforms to Sweden's rental market.

His reinstatement could, however, be of short duration, as he has said he would leave the post again if he does not gain the necessary backing to get a budget through parliament in the fall.

Lofven's reelection on Wednesday was a close-run affair, with one parliamentarian breaking party ranks to cast a ballot in his favor. The center-left leader received 116 votes in the 349-seat parliament, with 60 abstentions. A total of 173 votes were cast against him, but a parliamentary majority of at least 175 votes would have been needed under Swedish rules to prevent his being given the mandate.

Lofven, 63, who has been prime minister since 2014, is expected to present a two-party Cabinet with the Greens on Friday.

He has led a center-left minority Cabinet since a 2018 election that resulted in a parliament that was nearly evenly divided.

The next election in Sweden is due in September 2022.

Both the formerly communist Left Party, led by Nooshi Dadgostar, and the anti-immigration Sweden Democrats seem to have been strengthened by the recent political crisis.