The concession to mine in Sweden's far north sparked fury among activists and Indigenous people. Critics say the project would disturb traditional Sami reindeer herding. 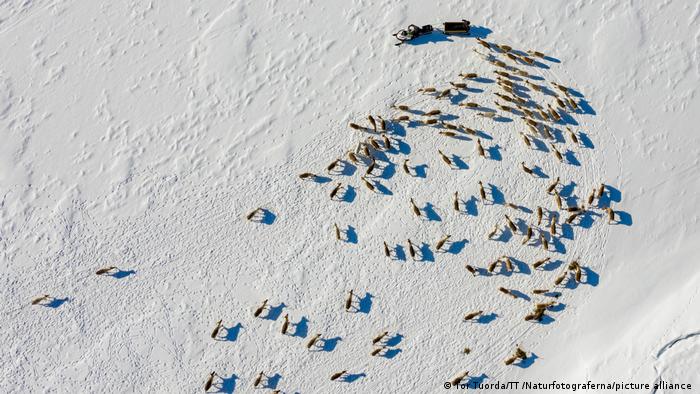 Many of the local indigenous Sami people in Jokkmokk oppose the scheme, which may negatively impact their reindeer herding

The Swedish government has given a concession to the British-owned Jokkmokk mining company on Tuesday to mine iron ore on a large scale in the country's north.

Jokkmokk Iron Mines, owned by Beowulf Mining, first filed their application for the Kallak mine nine years ago. Even with the government's concession, the company still has to win approval from a Swedish environmental court and is subject to a long list of conditions.

One of the conditions stated that initial construction must be done during particular times of the year to minimize the effect on reindeer herding.

Even so, the decision has sparked fury among activists who argue mining in the region will affect the local indigenous Sami people and their traditional reindeer herding practices.

Climate activist Greta Thunberg, who traveled to protest against the mine in Jokkmokk in February, tweeted: "Sweden today confirmed its shortsighted, racist, colonial and nature-hostile approach."