British police pursuing robbers of a London vault now say they have arrested a total of nine suspects. At Easter a gang drilled through a thick basement wall and stole valuables from 72 safe deposit boxes. 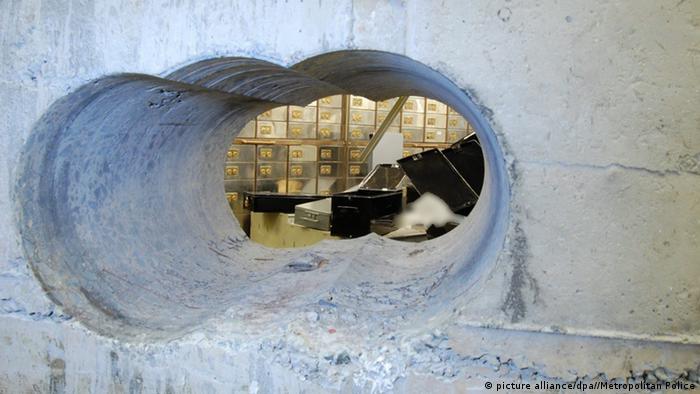 British police stung by criticism that they failed to respond to an alarm as the robbery unfolded in London's Hatton Garden jewelry precinct said they also recovered bags of high-value items Tuesday.

British media have speculated that depositors had as much as 200 million pounds (275 million euros) in gems and cash stashed in the commercial vault.

Scotland Yard said the seven suspects, aged from 48 to 76, were arrested in north London and the county of Kent to the capital's southeast during overnight searches of 12 premises by 200 police officers.

It appeared certain that valuables found at one address included "items stolen during the burglary," police said.

Later on Tuesday, the Metropolitan Police announced that two further suspects, aged 43 and 58, were arrested in London, taking the full tally to nine.

Detective Superintendent Craig Turner asked deposit box victims to be patient while police tried to sort out the ownerships of the recovered loot.

"Police officers will be in contact with them," Turner said, adding that the investigation by detectives had been "exceptional."

At Easter, the thieves abseiled down a lift shaft into the deposit's basement, bored through a two-meter concrete wall and wheeled off the valuables in garbage bins. 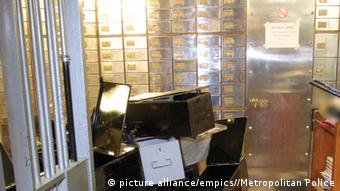 The precise nature of what was stolen, from the murky world of safe deposit boxes, might never be known

He said, however, that a security officer who visited the building but deemed no action was necessary "saw what my officers would have seen," had they been deployed.

The robbers worked over two nights to extract the haul, leaving no exterior sign of damage on the building, which was shuttered for the holiday weekend.

Hatton Garden is home to almost 300 diamond, gold and gem dealers and has more than 50 jewelry shops.

In 2000, police foiled a daring bid to steal diamonds at London's Millennium Dome.

Two high-security vehicles carrying jewelry worth 9 million euros have been hijacked in central-eastern France. No one was injured in the attack. (11.03.2015)

A Romanian court has sentenced two men behind a spectacular art heist from a Dutch museum to almost seven years in prison. The paintings that were stolen, including works from Picasso and Monet, have still to be found. (26.11.2013)