A Romanian court has sentenced two men behind a spectacular art heist from a Dutch museum to almost seven years in prison. The paintings that were stolen, including works from Picasso and Monet, have still to be found. 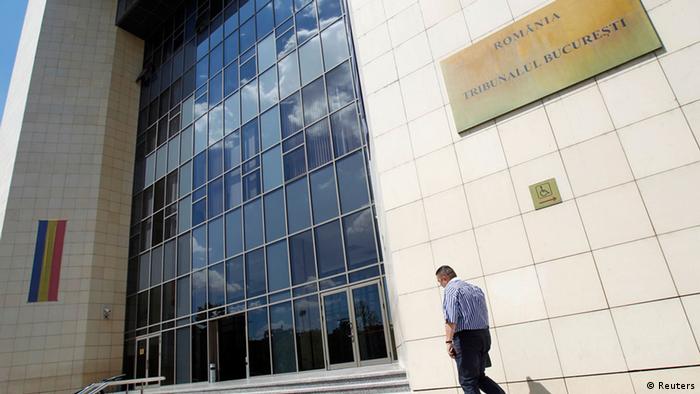 The court in Bucharest on Tuesday sentenced both Radu Dogaru, said to be the mastermind behind the theft, and his driver Eugen Darie to six years and eight months each in jail.

The pair had both pleaded guilty earlier in the year to the break-in at Rotterdam's Kunsthal museum in October 2012, and were absent from court for the sentencing. The heist - which included the theft of two paintings by Monet and works by Picasso, Gaughin and Matisse - was conducted at lightning speed with the thieves taking less than three minutes to make off with their haul.

Acting with four accomplices, the pair were said to have broken into the museum through a back door that had been secured by a single lock, later smuggling the works back to Romania.

After the spectacular art theft in Rotterdam, museums are reluctantly looking at the risks of putting masterworks on display. The costs of security mean higher ticket prices. (22.10.2012)

The fate of the paintings remains unknown, although investigators are looking into the possibility Dogaru's mother Olga may have burnt three of them in an effort to destroy evidence.

Although she initially admitted to doing so, she later retracted that statement. However, experts from Romania's National History Museum said that the remains of oil paintings and nails from 19th century frames had been found in her stove. Olga Dogaru is due to stand trial when the case resumes on December 3.

Experts say the works were so well known that it would have been impossible to sell them through the normal channels.

Among the stolen pieces were Picasso's “Harlequin Head,” Claude Monet's "Waterloo Bridge" and “Charing cross Bridge” and Paul Gaughin's “Girl in Front of an Open Window.”