A base of al Shabab fighters has been targeted in a reported drone strike leaving five people dead. It is not known who carried out the strike but the United States has targeted the jihadists in the past. 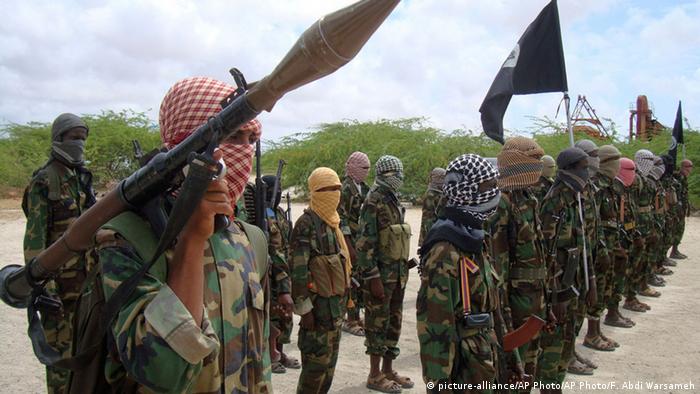 Police and residents reported on Sunday what appeared to be a drone attack on Balad Amin, about 30 kilometers (18.6 miles) to the east of Wanlaweyn in the lower Shabelle region of Somalia.

"We heard three big crashes at an al Shabab base in Balad Amin last night. It looked like a drone but we have no news of casualties," Adan Ahmed, a resident of the area, told the Reuters news agency.

Earlier in March, the U.S. Defense Department said that a drone strike in southern Somalia killed Adnan Garaar, an al Shabab leader believed to be the architect of a 2013 attack on a Nairobi shopping mall that killed 67 people.

In its bid to topple Somalia's Western-backed government, Al Shabab fighters have staged multiple bomb and gun attacks in the capital Mogadishu. They have also hit targets in neighboring Kenya since Nairobi joined African Union peacekeeping forces in Somalia. 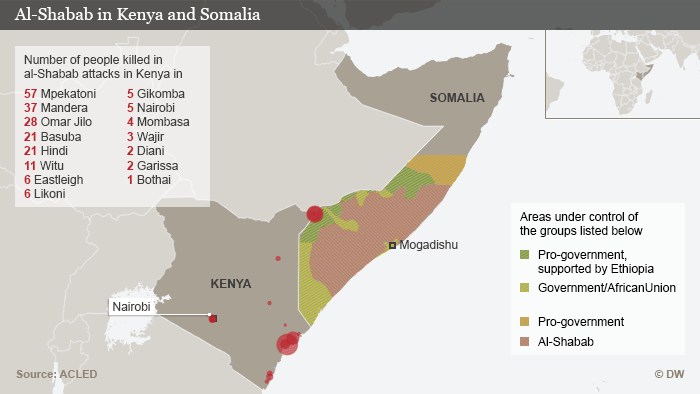 Al Shabab were pushed out of Mogadishu by AU forces in 2011 but have continued attacks, often going after politicians and officials in Somalia, as well as AU and Somali forces.

It was not known who was behind the aerial strike but the United States has in the past targeted al Shabab fighters.

Somali security forces have ended the siege of the Sahafi hotel in Mogadishu and neutralized all of the suspected al-Shabab militants, officials say. Somali President Sheikh called the jihadists "increasingly desperate." (01.11.2015)

Civilian deaths from US drone strikes aimed at terrorists could be higher than assumed, according to Pentagon papers leaked to the website The Intercept. The US remains coy on whether its bases in Germany play a role. (16.10.2015)