A man arrested in connection with twin terrorist attacks in Norway has confessed to the bombing and shooting spree. However, in a press conference on Sunday, police say the suspect rejected criminal responsibility. 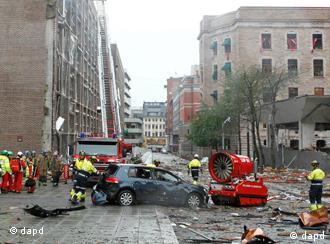 The bomb attack was followed by a shooting spree

The main suspect in twin attacks in Norway, Anders B., has admitted responsibility for the shooting spree and bombing attack in the capital, Oslo, according to his defense lawyer.

"He has said that he believed the actions were gruesome, but that in his head they were necessary," defense lawyer Geir Lippestad told Norway's TV2 news.

Lippestad said his client was prepared to explain his actions during a court hearing on Monday. The hearing is set to decide whether to keep the suspect in detention pending trial.

Norwegian police said Sunday that the suspect had confessed to the bombing and massacre which has so far claimed the lives of 92 people. Police added that Anders B. claimed he acted alone and they have no other suspects.

Police began questioning 32-year-old Anders B. on Saturday after he had been arrested and charged in connection with the attacks. He is a Norwegian national who has been described as a "right wing and Christian fundamentalist." 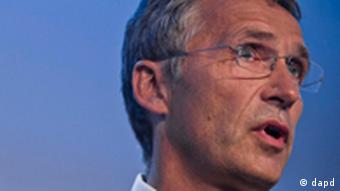 The gunman gave up without a fight as soon as police arrived after a rampage that lasted almost an hour and a half, acting police chief Sveinung Sponheim said on Saturday.

Earlier Friday, seven people were killed when a bomb exploded near to government buildings in central Oslo, which was followed by the shooting spree in which 85 people died on the island of Utoeya, which lies 40 kilometers (25 miles) north-west of the city. The shooting victims had been attending a holiday camp for young members of the ruling Labour Party.

Emergency services are continuing their search for victims at both locations. Officials said that four or five people who were known to have been on the island remained missing on Saturday.

In Oslo, people were being kept away from the government quarter due to fears that there may be other unexploded devices in the area.

Norwegian media reported that the bomb had been made using fertilizer and that the suspect was the owner of a company, Breivik Geofarm.

It was revealed on Saturday that the suspect had bought six metric tons of fertilizer, which was delivered to him by suppliers Felleskjoepet Agri on May 4. The company described the order as being of a typical size for an agricultural producer,

"I do not know him or the company, except that it is a company that has contacted us in a normal manner and ordered fertilizer and had it delivered," said company spokeswoman Oddny Estenstad.

On Saturday, police arrested a young man carrying a knife at a hotel where the Prime Minister Jens Stoltenberg was visiting survivors of the shooting rampage.

Norwegian broadcaster NRK said that the man was a member of the Labour Party and had been carrying the knife because he did not feel safe.

Earlier on Saturday, Stoltenberg made an address and answered questions live on national television. 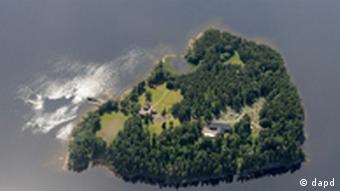 The prime minister had been due to visit the island

Stoltenberg, who said he knew a number of the victims of the Utoeya shooting, described the event as a national tragedy, adding that it was the worst crime in the country since the Second World War.

He also did not want to speculate at this stage on the motives for the bomb blast and shooting spree.

"Compared to other countries I wouldn't say we have a big problem with right-wing extremists in Norway.

"But we have had some groups, we have followed them before, and our police are aware that there are some right-wing groups," he told reporters.

The twin attacks that rocked Norway on Friday night have sparked widespread international condemnation. International leaders expressed their sympathies for the victims of the tragedy. (23.07.2011)

In the aftermath of the twin attacks in Oslo and on the island of Uyoeta, German media analysts assumed that radical Islamists were to blame. Felix Steiner says that's a sign that acts of terror poison our thinking. (23.07.2011)