Superstition keeps Kashmir′s tribal women from accessing birth control | Asia| An in-depth look at news from across the continent | DW | 01.03.2021

Women in Kashmir's nomadic tribal communities are often married as teenagers and end up having multiple children they can't support, as their husbands forbid access to birth control.

Rukaiya Jan, a woman from the Gujjar tribal community in Kashmir, was married at 15 years old, a common practice among Kashmir's nomadic herders.

Now 35, Jan has six children.  The birth of her seventh baby, a girl, ended in tragedy, as the newborn died near a hospital gate several miles away from her home. Jan was unable to reach the hospital in time.

Jan lives in a mountainous region at Fraknar village in Kashmir's central district of Ganderbal, where temporary huts housing hundreds of tribal families dot the hillsides.

She had discussed taking birth control with her husband, but she was not given permission. Jan is forbidden to attend family planning consultation because of social stigmas and religious beliefs in her family.

"My husband never allowed me to go for family planning because it is not allowed in our religion and our community's faith," Jan told DW at her home in the village.

"This has deteriorated my health because we live in poverty and do not have proper access to healthcare," she said.

The road to Jan's home is hilly and the harsh winter conditions make it tough to access hospitals.

Jan says poverty and multiple births have worn down her health. She suffers from thyroid problems, high blood sugar levels and heavy periods.

"My blood sugar goes to 300. I feel very weak. I get heavy periods, I did a treatment but still, I am not feeling healthy," she said. "I believe multiple births played a role in deteriorating my health." 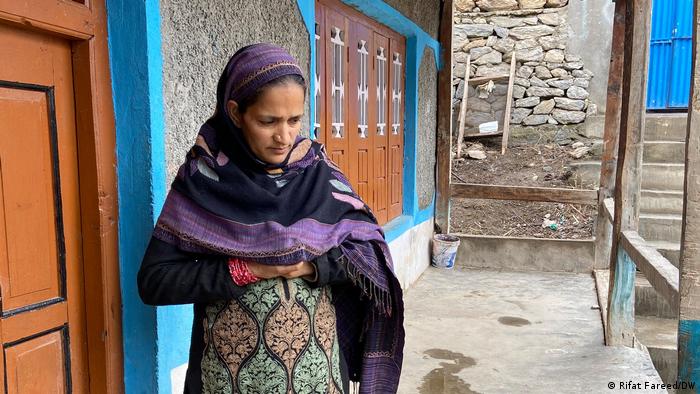 "I had two daughters in two years, there was no gap … my last child died at the hospital gate, it could not survive," she said.

"It is good to go for family planning because unwanted pregnancies affect the health of women like it affected mine," she added.

Jan said women in her community have five to eight children on average because there are fear and stigma associated with even discussing family planning. However, as more women in the community learn about reproductive health, many of them are demanding control over their bodies.

Thousands of tribal women from the Gujjar-Bakarwal communities in Indian-administered Kashmir live in poverty. The tough mountainous terrain of the Himalayas comes without easy access to health care, sanitation, proper roads and basic amenities.

In many cases, the women are carried on cots on a tough journey to hospitals during childbirth. This puts the life of both mother and child at risk.

Members of tribal communities in this region live a migratory lifestyle and walk hundreds of miles twice a year with their cattle herds in search of greener pastures.

Gujjars are the third-largest ethnic group in Jammu and Kashmir, behind the Kashmiri and Ladakhi ethnic groups. They constitute more than 20% of the territory's population, according to a government census.

In another village in Ganderbal district called Hillpati, 40-year-old Zubaida Begum has given birth to eight children. She used to accept that tribal women had to live without family planning, but now, her point of view has changed.

Begum said she never had the courage to discuss family planning with her husband, who works as a laborer, knowing the stigma associated with the topic in her conservative family. 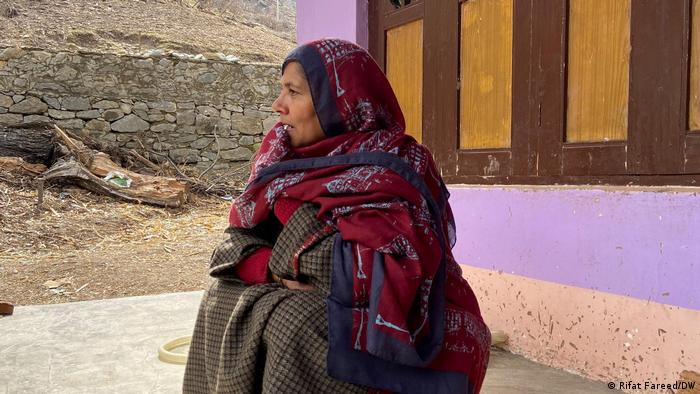 Now she believes women should have difficult discussions in their homes for the sake of health.

"I never talked to my husband about family planning because my father-in-law was a religious preacher; he never encouraged anyone to go for family planning," said Begum.

"I was not sure if we would be able to take care of the children, she added. "The repeated childbirth year after year affected my health; we live in poverty so it is more difficult to take care of multiple things," she said.

Begum points out that health workers now visit villages to speak with young women about family planning and unwanted pregnancies.

"Young girls do listen, and they do want to take care of health and go for family planning, unlike us who feared to talk about it," she said.

Many women in the tribal areas say there is no concept of safe sex among them, as there are superstitions attached to using protection.

"My husband has never used any protection. I have four children, two sons and two daughters, and we never think about keeping a gap among the children, nor do we use protection. Everyone says that using protection causes infection," she said.

"Even the birth control pills we believe are not good, so we do not take them; no one in our community takes them."

What do health professionals say?

Research has shown that tribal women in Kashmir are more prone to high-risk pregnancies, as high fertility rates combine with low access to maternity healthcare.

Sobia Jan, a researcher on maternal mortality at the University of Kashmir, told DW that tribal women in Kashmir are forbidden to make their own decisions about birth control.

"These kinds of decisions are made by their husbands or sometimes by their in-laws," said Jan. "Due to low education, religious taboos are used to stop women from family planning, despite critical health conditions."

"When we refer these tribal women to the family planning section, their husbands do not allow them, despite warnings of the huge health risks for the women after three or four births," the doctor told DW anonymously.  "The women end up giving birth to eight or nine children."

"Tribal people consider family planning as anti-faith. The other reason is that the tribal people live a migratory lifestyle, and they have to walk with their cattle. They prefer more children means more human resources to take care of the cattle," Rahi told DW.

He added that families with more children are considered stronger and better respected in the community.

"The social setup allows and encourages more children in the community. The point is, women are not even allowed to think about or have an opinion about whether or not to have children."

The ''German Khars'' are a family of craftsmen known in Srinagar for their skills repairing old German-made medical equipment. Their craft has been preserved for decades, but today only one blacksmith continues the work.