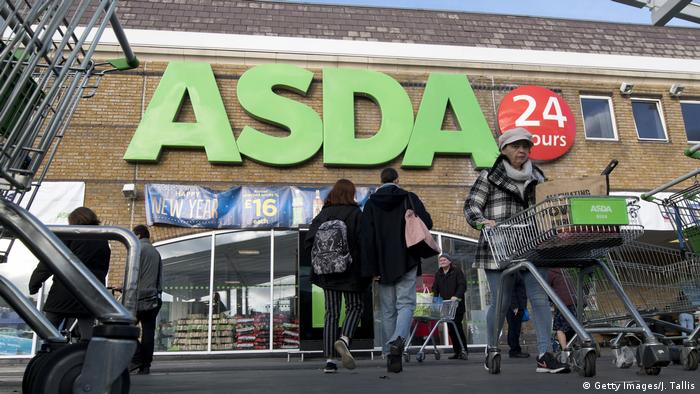 If one of the world's biggest suppliers of packaged food struggles to win a meaningful price increase from Britain's largest supermarket chain, what chance has the rest of the food industry?

Two years ago, British-Dutch conglomerate Unilever, which counts numerous brands from Knorr soups to Walls ice-cream in its portfolio, told Tesco it was putting up its prices by 10 percent, partly as a result of the falling British pound following the June 2016 vote to leave the European Union.

Despite a so-called Marmite war, which saw the world's third-largest retailer withdraw new orders of a popular Unilever spread made of yeast extract, and a public backlash against the price increases, the two sides quickly settled their dispute.

The agreed price hike was never made public; however, Unilever's 2016 financial results showed it had achieved just a 3.6 percent price hike from its UK suppliers that year, leading analysts to question whether it had achieved much of a meaningful increase from Tesco.

The row was a vital reminder for the thousands of small and medium-sized food producers servicing the likes of Sainsbury's, Asda, Aldi and Lidl that they have even less leverage. Those suppliers have complained for years about the bullying tactics used by the big chains to extract the lowest possible price for goods. But now, the future viability of many of these firms is in doubt.

In the third quarter of 2018, some 9,625 UK food suppliers were described as being in financial distress. New figures, released on Thursday by the UK's leading independent insolvency firm, Begbies Traynor, represent a 60 percent increase over the past two years in the number of food suppliers perilously close to the edge.

Dr. Lisa Jack, an accountancy professor, who has studied the UK food and beverage industry for many years, told DW that "there is rarely any negotiation on price," acknowledging that the lack of influence has left "a worrying number suppliers on the verge of administration or insolvency." 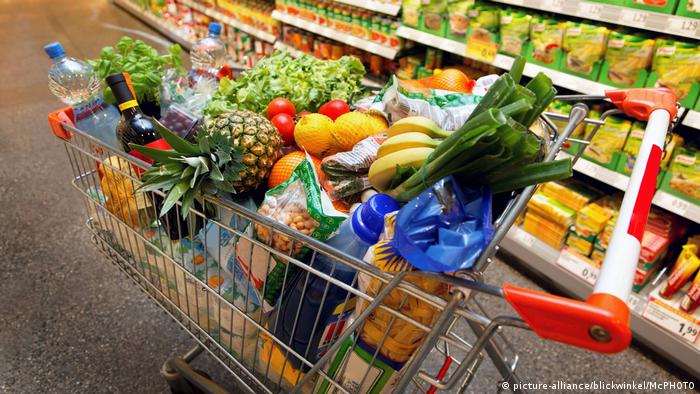 The likelihood of bankruptcies in the food supply chain is a major cause of anxiety as Britain prepares to leave the EU in March 2019, and the prospect of a no-deal Brexit looms large.

Two years ago, Jack interviewed British and Spanish companies that supply up to 50 percent of fresh food to British grocers to establish the extent of the supermarkets' strong-arm tactics. As well as being squeezed on price, Jack was told about a system of "profit snatching" by the big chains.

Even if a supplier was able to make savings in its production processes, supermarkets would insist the savings are shared with them, rather than reinvested in their own businesses.

The University of Portsmouth professor described how supermarkets "ask and in some occasions allegedly coerce" suppliers into making bonus payments for meeting sales targets, or accepting penalties for damages. The tactics leave suppliers operating on "pea-sized margins," Jack described in her research.

This aggressive approach has helped Britain to maintain the third-lowest food prices in the world, behind the US and Singapore, according to Mark Jones from the Leeds-based law firm Gordons, citing data from the World Economic Forum. Cheaper and cheaper groceries have allowed the large chains to amplify their hypermarket models, making bigger profits from adding electronics, apparel and household goods to their retail offer.

Jones agreed that retailers "drive a hard bargain," and pointed to the rising market share won by German discount chains Aldi and Lidl in the UK over the past decade, which had put "substantial" pressure on an already competitive grocery market.

"Aldi and Lidl, who had around 3 percent of the market in 2008, now have 13.1 percent between them," according to Jones. 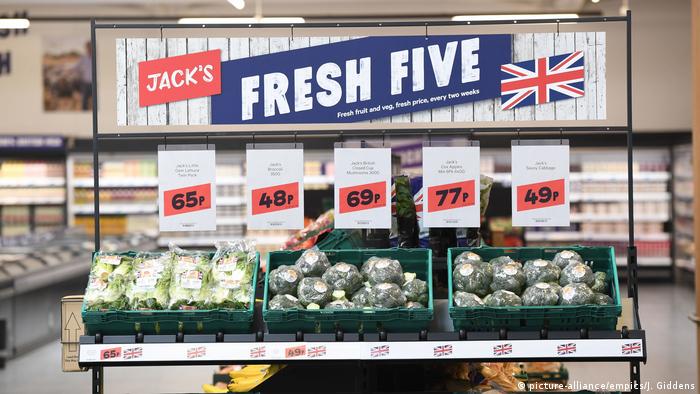 Tesco is fighting against Aldi and Lidl by launching its own discount supermarket, Jack's, named after founder Jack Cohen

Other sharp practices by supermarket chains include late payments and the last-minute cancellation of fresh produce contracts, which on Thursday brought farmers and producers out in protest outside the European Parliament in Strasbourg to demand better protection.

Delays of payments to suppliers have increased to an average of 45 days, research by the business finance website Funding Options revealed last month, and are often a lot longer. In 2016, Britain's groceries ombudsman censured Tesco for deliberately delaying payments to suppliers for up to a year to improve its own financial position.

The tactic was employed despite all the big supermarkets signing a code of practice in 2010, which set a 30-day target for supermarkets to pay their suppliers. The ethical guidelines set out how suppliers no longer have to compensate for the shrinkage of goods in transit, contribute to product marketing, meet the cost of trashing unsold products, or pay fines for customer complaints.

Jones told DW that the increase in regulatory scrutiny has led to a large fall in the number of complaints by suppliers "from 79 percent in 2014 to 43 percent this year." He predicted the figure would likely drop further as a result of an investigation into dishonest dealings by the Co-op supermarket chain, which, if punitive measures are levied, "will see other retailers improve their practices even further."

Suppliers to the grocery trade have, meanwhile, spoken of their concerns about the proposed £14.1 billion (€15.9 billion, $18.1 billion) merger of Sainsbury's and Walmart-owned Asda, Britain's second- and third-largest supermarket chains respectively.

The new group, if approved by competition authorities, will hold around 30 percent of the UK grocery market, and has already pledged a further 10 percent cut in grocery prices, which food producers said would almost certainly force them out of business.

Complaints about sharp practices go much further than Europe's borders, where last month, the charity Oxfam put the big four supermarkets, along with Aldi and Lidl, on notice over their treatment of overseas suppliers. It warned the grocers were squeezing suppliers in Africa, Asia and South America so hard that workers were trapped in poverty and faced "brutal" working conditions.

Increasing droughts around the world may reduce barley yields, resulting in shortages of beer, a fall in global consumption and a rise in prices for the beloved beverage around the world, a new study finds. (15.10.2018)