Scientists have long puzzled over what dark matter, thought to account for 85 percent of the mass of the universe, is made of. With the help of a German supercomputer, they might just be a little closer to finding out. 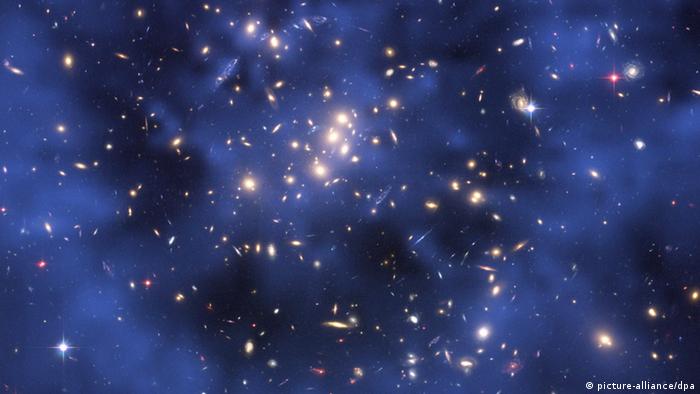 Stars, planets, nebulae - all the conventional "visible" matter we know - make up only 15 percent of the mass of the universe.

In their search for the mysterious particles that makes up the rest, physicists have been using elaborate computer calculations to build up an idea of where they might find it.

That has led scientists in Germany to examine the axion, a theoretical particle that was devised in 1977 to explain a completely separate problem in physics, as a likely candidate for the missing matter. 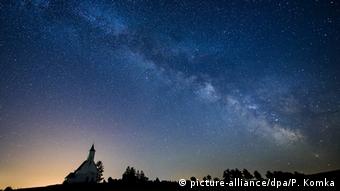 "The nice thing about the axion is that it was not invented to solve the dark matter problem, but originally it was proposed for another reason, said Dr. Andreas Ringwald, the co-author of a study on the axion published in Nature magazine. "Then, about six years later, people realized it could be a dark matter candidate. It's a very strong candidate because people didn't engineer it."

'Immersed in a bath'

The axion, if it exists, would be at the smaller end of the mass scale, and very numerous. "If they have this small mass, they are all around us. We are immersed in a bath of very many of them, but they interact with us so weakly that everything seems to be transparent."

"This is the reason we don't feel them, but they do interact very weakly with photons and electrons. If you know the mass of these guys you can devise an experiment to find them," Ringwald said.

Not knowing the mass of the particle they are looking for makes the job difficult for experimental scientists - like looking for a needle in a haystack. Even for an axion, just knowing it's small isn't enough.

Ringwald thought it would be a good idea to work out roughly how big an axion might be, so that scientists might have a chance to find it.

Working out the size of an axion could only be done with the help of modern supercomputers such as JUQUEEN, at Germany's Jülich Research Center.

The results from Jülich show that if axions make up most of the dark matter, they should be tens of billions times lighter than an electron.

A trillion per sugarcube

An average of about ten million of them would be found in every cubic centimeter of the universe, but dark matter is not distributed evenly. In the Milky Way, for example, there might be about one trillion axions per cubic centimeter. 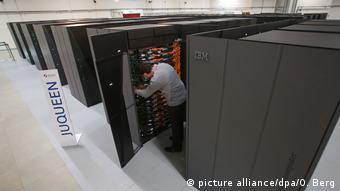 The Jülich supercomputer did the vital number-crunching

The supercomputer calculations now provide physicists with a concrete area in which their search for axions is likely to be the most promising.

"Now we have sharpened our view to make even more definite predictions about the axion mass and the axion abundance in dark matter to help us concentrate on a certain mass range in experiments," said Ringwald.

"There are already several proposals and plans to do these experiments, and I would support that. And, as a theorist, I would like to embed this axion theory in a more complete model that would explain other pressing problems in particle physics and cosmology."

Professor Zoltan Fodor of the University of Wuppertal, who helped with the calculations, would agree. "The results we are presenting will probably lead to a race to discover these particles," he said.

Evidence for the existence of dark matter comes, among other things, from astrophysical observations of galaxies, which rotate much too quickly to be held together solely by the gravitational force of the visible matter.

The KATRIN Tritium Neutrino experiment: A giant scale for the tiniest of particles

Neutrinos are so tiny and inconspicuous, physicists believed for a long time that they have no mass. Now, a massive device that is supposed to determine precisely how heavy they are has begun operating in Karlsruhe. (14.10.2016)

Neutrinos are the one elementary particle that give scientists a big headache. Two physicists get a Nobel Prize for solving one more mystery about them: neutrinos change their identity. (06.10.2015)

It sounds like a made-up Wiccan expression, but it's cold, hard science: CERN scientists in Switzerland have discovered a pentaquark particle while using the Large Hadron Collider. (16.07.2015)

My picture of the week | In search of life on Mars