A suicide bomber has blown himself up at a mosque in a Pakistani tribal area. Dozens have been killed or wounded, as the country grapples with a wave of attacks by the Pakistani Taliban. 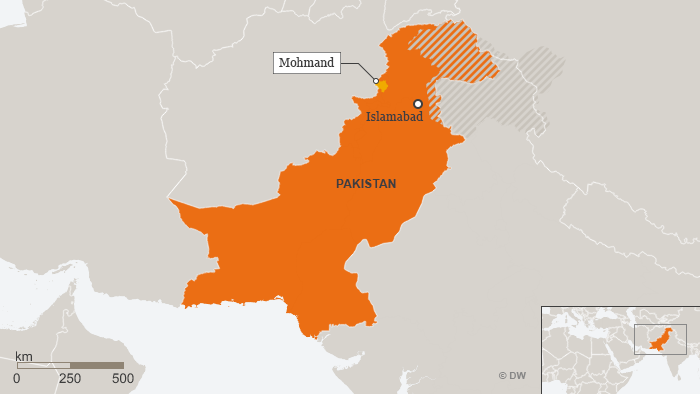 The bomber reportedly shouted "Allahu akbar" before killing at least 24 people at a packed mosque in northwestern Pakistan during Friday prayers.

At least 30 more people were wounded in the attack, which occurred in Mohmand district, part of the Federally Administered Tribal Areas (FATA) along the country's border with Afghanistan. Some of the fatalities might have been caused by parts of the roof caving in due to damage from the blast.

Prime Minister Nawaz Sharif condemned the attack and reiterated his government's commitment to wiping out militants. "The cowardly attacks by terrorists cannot shatter the government's resolve to eliminate terrorism from the country," he said in a statement.

A offshoot of the Pakistani Taliban, Tehreek-e-Taliban Pakistan Jamaat-ur-Ahrar (TTP-JA) later claimed responsibility for the attack. The group said the blast was out of revenge for local tribesmen carring out assaults on its forces in the region. 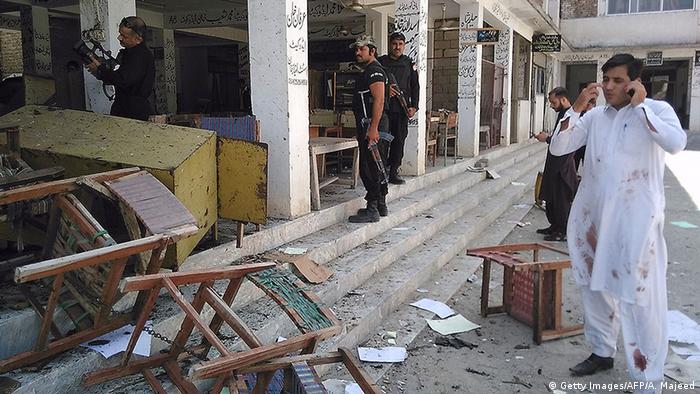 Another suicide blast occurred earlier in September in Mardan

"No space to hide"

On September 2, a suicide bomber affiliated with the Pakistani Taliban attacked a court in the city of Mardan, killing at least 14 people and injuring 50. The group has also claimed responsibility for deadly attacks in Quetta and Lahore.

Following the Mardan attack, Sharif said the targeting of "soft" targets was a sign of the militants' weakness. "These receding elements are showing frustration by attacking our soft targets," he said. "They shall not get space to hide in Pakistan."

The FATA region traditionally has offered sanctuary to terrorist groups like al Qaeda, the Taliban and other militants. The military recently launched a counterterrorism operation in the region to take out many of these militant groups.

Despite the many attacks, the military says terrorism has dropped in frequency in Pakistan in recent years, from 128 attacks in 2013 to 74 last year.

A part of the Pakistani Taliban has claimed responsibility for a lethal bombing at a hospital. The bomber seemed to know there would be a large crowd of lawyers there, mourning a colleague and earlier murder victim. (08.08.2016)

Health experts are warning of a new surge ahead of Eid al-Adha celebrations. They say the holiday could fuel a new coronavirus wave as cases in Pakistan are already on the rise.

Marvel's latest superhero is a Pakistani-American teenager from Jersey City, and her story is resonating with South Asian women across the world.

The "Islamic State" terrorist group has claimed responsibility for the blast inside a Shiite Muslim mosque as worshippers gathered for Friday prayers.