At least 30 people have been killed after a suicide bomb exploded outside a bank branch in eastern Afghanistan. Officials say more than 50 people were injured when the blast occurred. 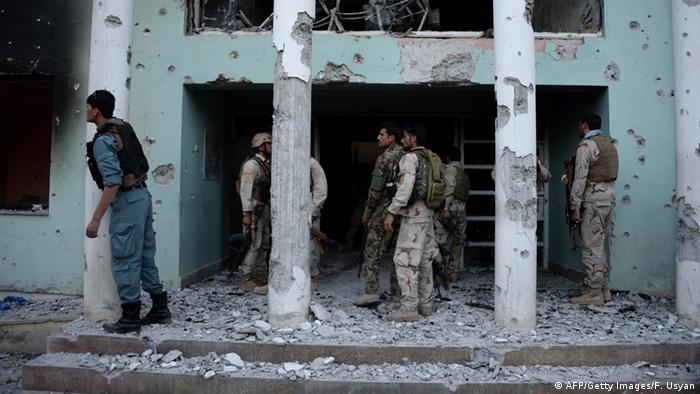 A blast in the eastern city of Jalalabad left scores of people dead and many injured on Saturday, Nangarhar provincial police chief Fazel Ahmad Sherzad said.

The explosion is thought to have been the work of a suicide bomber, the city's police chief added.

"The explosion happened outside a bank where government employees collect their monthly salaries," he told reporters.

No additional details have been made available.

As the seasonal fighting in Afghanistan resumes, a high number of civilians have been killed as a result of ground battles, said the UN. Overall, more than 650 civilians were killed in the first quarter of 2015. (14.04.2015)

Two separate bombings in Afghanistan have claimed a number of civilian lives. The attacks come as security forces in the country are preparing for a major renewed militant offensive. (10.04.2015)