Traffic along one of the world's most important trade routes has come to a standstill as tugboats and excavation trucks do their best to dislodge the 400-meter vessel. 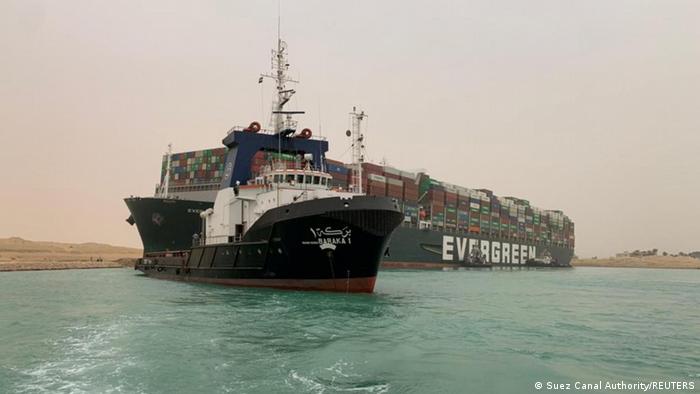 The Suez Canal has been blocked by a giant container ship after a gust of wind blew it off course, causing it to run aground.

The MV Ever Given, a Panama-flagged container ship with an owner listed in Japan, "accidentally ran aground after a suspected gust of wind hit it," said the ship's operator.

The 400-meter (1,300-foot) long and 59-meter wide vessel is lodged sideways at one of the canal's narrower points, making it impossible for other ships to bypass it.

Excavation trucks are trying to dig out the ship and "tug boats are currently trying to refloat the vessel," Leth Agencies, which provides crossing services to clients using the canal, said on Twitter.

Historic sections of the canal were reopened on Wednesday to try and ease the traffic jam, allowing ships sailing from the Mediterranean to travel south.

High winds and a sandstorm, with gusts reaching 50 kilometers per hour (35 miles per hour), had plagued the area on Tuesday.

"All crew are safe and accounted for," said Bernhard Schulte Shipmanagement, which manages the Ever Given. "There have been no reports of injuries or pollution." 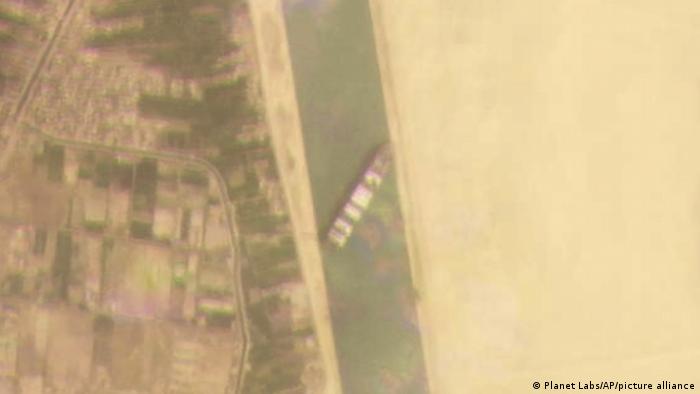 One of the world's largest freight vessels, the Ever Given was bound for Europe's busiest port of Rotterdam prior to the mishap.

Traffic on the canal that divides continental Africa from the Sinai Peninsula, and through which around 12% of global maritime trade flows, came to a standstill Tuesday with dozens of vessels affected.

"When a vessel runs aground, Suez Canal officials are alone empowered to order and direct all operations required to get the vessel afloat," according to the Suez Canal Authority Rules of Navigation. "Nevertheless managers remain responsible for all damages and accidents of any kind." 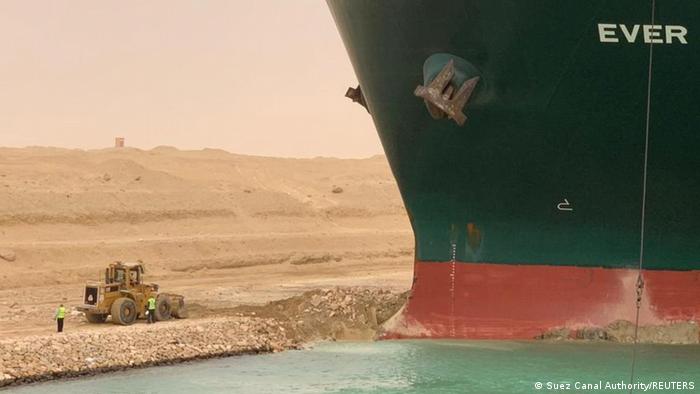 Excavation trucks do their best to dig out the MV Ever Given, one of the largest freight vessels in the world

One of the world's busiest waterways

The canal opened in 1869 and has become one of the world's most important trade routes. The waterway provides a crucial link for oil, natural gas, and cargo being shipped from East to West. Close to 19,000 ships used the canal last year, carrying more than one billion tons of cargo, according to the Suez Canal Authority.

It is a pillar of Egypt's otherwise struggling economy and one of the country's top foreign currency earners. The canal earned Egypt a total of $5.6 billion (€4.7 billion) in revenue in 2020.

Though parts of the waterway were expanded to accommodate the world's largest vessels in 2015, some stretches remain as narrow as 300 meters. 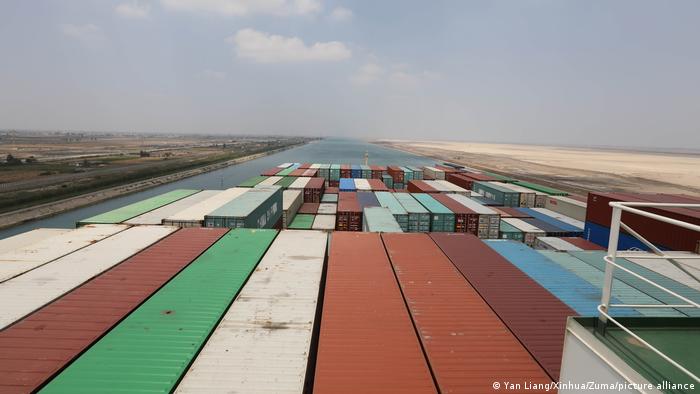