The UN hopes that the consultations will help lead to a resolution between anti-coup protesters and the military. The response from protest organizers and civil society leaders, however, has been lukewarm. 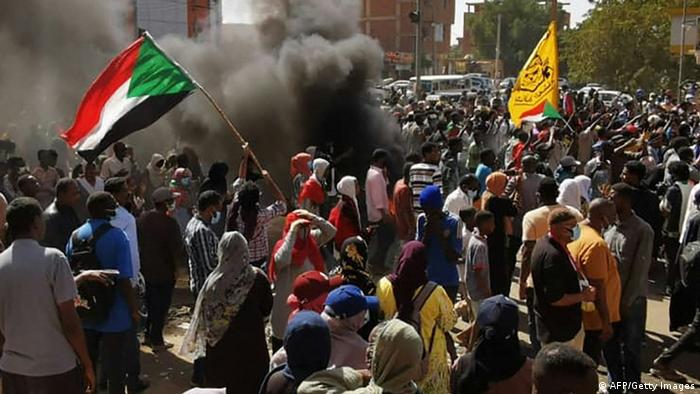 Over 60 people have been killed at protests against the coup

The United Nations announced the start of consultations in Sudan on Monday, with talks starting in the afternoon.

The UN hopes that the talks will eventually help resolve an escalating — and increasingly deadly — political crisis that was sparked by a military coup in October last year.

What is the UN's plan?

Speaking in the capital, Khartoum, the UN's special representative to Sudan, Volker Perthes, said the talks would begin right away.

"It is time to end the violence and enter into a comprehensive consultative process," Perthes, a German national, told a press conference.

He said the UN would start by holding individual consultations with civil society groups, political and social actors, as well as with the military.

Following the initial talks, the UN hopes to move to a second phase of facilitating direct or indirect negotiations between the different players.

The envoy emphasized that the process would be led by the people.

"The UN is not coming up with any project, draft or vision for a solution," he said.

"These are all Sudanese issues for the Sudanese to agree on," he added.

In the short run, however, the negotiations will seek to at least quell the violence that has killed dozens of protesters.

"I do hope that these consultations can become something like a confidence-building measure and would help to at least reduce the violence," Perthes said.

How was the plan received?

According to the UN, the military has not voiced any opposition to the talks.

Protest organizers say they are not seeking a power sharing agreement with the military, and will only participate if the goal is to resume the country's transition to democracy, a spokesman for the leading civilian pro-democracy group said.

"We are willing to take part in the talks on condition that the purpose is to resume the democratic transition and remove the coup regime, but we are against it if these talks seek to legitimize the coup regime," Jaafar Hassan, a spokesman for the Forces for Freedom and Change, told news agency AFP.

Another key civilian faction, the Sudanese Professionals Association, said on Sunday that would not participate in the UN-facilitated talks — saying the group sought a fully civilian government to lead Sudan's transition to democracy.

The UN-facilitated talks come a week after the resignation of Prime Minister Abdalla Hamdok.

He said the decision to resign stemmed from the military's inability to compromise with protesters.

Sudan has seen mass demonstrations against the coup and military leaders. The demonstrations, at times attended by tens of thousands of people, have demanded civilian rule.

Security forces have clamped down on demonstrators, killing at least 63 people since the coup in October.

Hamdok 'couldn't make any headway with the military': Sudan analyst