With Southern Sudan's independence from the North a mere formality, the focus is now turning to a number of crucial issues, including the sharing of oil revenues and how democracy will work in the new state. 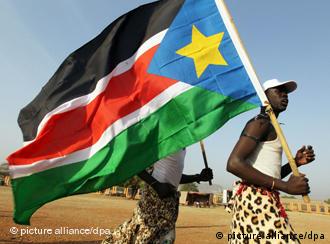 Independence has been gained, but now the real work begins

Almost six years have passed since the 20-year-long civil war in Sudan, which left at least two million people dead, ended with a peace deal being signed between the mainly Muslim north and the Christian and animist south in 2005. That peace deal culminated in last month's referendum in which an overwhelming majority voted for independence.

Officially the 2005 peace deal expires on July 9. That date would also signal the end of the country's current political arrangements and, more importantly, change the distribution and sharing of oil revenues, which has so far favored the North. The authorities there, understandably, would like to extend a transition phase written into the 2005 peace deal, guaranteeing them a further windfall from oil revenues.

However, Douglas Johnson, a leading scholar and author on Sudan, says the South is unlikely to agree to such an extension. "The ruling party in the North has tried several times to delay the implementation of the peace deal, that's why the South is unimpressed and regards the latest attempt by the government in the North as yet another delaying tactic."

Who gets the oil?

The fate of the disputed oil region of Abyei, and the sharing of oil revenues is a key sticking point. The majority of the oil fields lie in the South, however, the only working pipeline leads through the North. Revenues have to be shared, but it's still unclear how that would actually work and failure to resolve the issue could lead to renewed conflict. 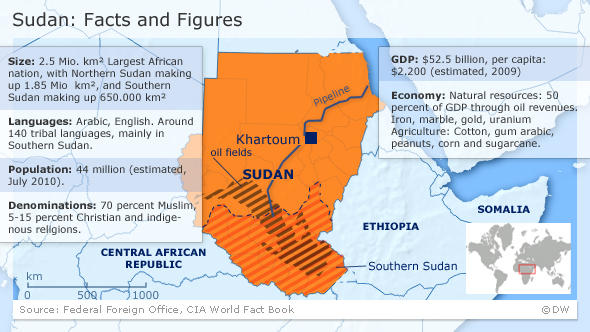 Rolf Hofmeier from the Institute of African Affairs at the German Institute of Global and Area Studies in Hamburg does not foresee a return to full-scale war over oil, but believes there is a strong possibility of violence along the disputed North-South border and attempts by both sides to occupy most of the oil-production areas in the Abyei region.

"The whole issue of the future sharing of oil revenues seems to me to be the most uncertain," Hofmeier told Deutsche Welle. "What leverage does the South really have to get a fair share, as long as it does not have a separate pipeline for exporting the oil via Kenya? This is planned, but even at best the project is still a long way off and by no means a short-term alternative."

Apart from negotiations with the North over oil and border demarcation, the South also needs to address the future of its's political system once the 2005 peace deal, which enshrined the current structures, expires.

"We need a new constitution that can be the basis for elections," Melha Rout Biel, a politics lecturer at the University of Juba in South Sudan, told Deutsche Welle. "The current government and the parliament are working on a blueprint. Once it's been approved, we can hold elections."

Observers are watching these events closely, as the outcome will determine exactly how democratic the new South Sudan will be.

As referendum results make southern Sudan's independence from Khartoum nearly certain, northern Sudanese are unsure what is in store for their country. The president has promised to base the constitution on Sharia law. (26.01.2011)

Opinion: South Sudan will face the beginning of a long, hard road

The international community should not underestimate the challenges of nation-building as an independent southern Sudan will be one of the world's most fragile countries, says Dr. Mark Furness. (17.01.2011)