Sudan's liberalization for the chosen few

It almost sounds like another revolution in Sudan: The crime of apostasy scrapped, female genital mutilation banned, alcohol allowed. But what lies behind Khartoum's legal amendments, and who will actually benefit? 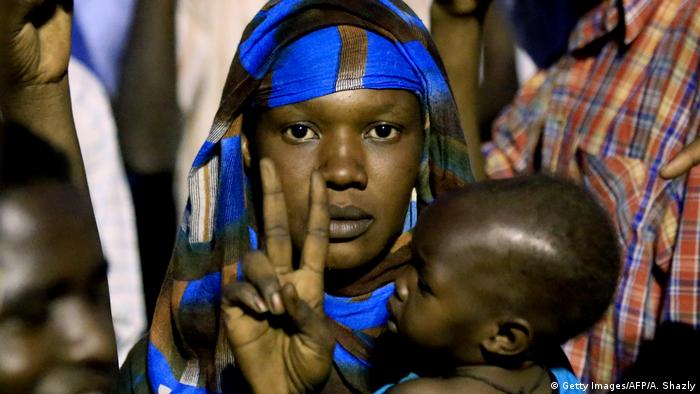 Sudan's ruling body, the Sovereign Council, has ratified a law banning the widespread practice of female genital mutilation (FGM). This was only one of several modifications to the country's criminal law. The others include the decriminalization of apostasy, which so far was punishable by death and allowing non-Muslims to consume alcohol. In addition, traveling with children will now require the authorization of both sets of parents, and no longer only the father's.

The ongoing reversal of four decades of hard-line Islamist policies and Sharia law — one year after a popular uprising toppled autocrat leader Omar al-Bashir — is being hailed across the world as much-needed progress.

Independent analyst and academic Magdi el-Gizouli agrees that latest changes to the law are indeed important, but he cautions that they should be taken with a grain of salt: "I think it requires a bit of qualification," he told DW, highlighting his fears that the government's measures could further divide and polarize Sudanese society.

The academic and fellow of the Rift Valley Institute is skeptical about the practical effects of the announced changes. He thinks the new government is paying lip-service to those who want see change on paper.

The decision to scrap the crime of apostasy can be seen as an example: The death penalty for reasons of belief was applied only once to an elderly man, before al-Bashir came to power in 1989.

"There was the case of this young woman in 2014 [Meriam Yehya Ibrahim Ishag], who converted to Christianity and was put before a court. However, international pressure and local pressure averted any judgment and she eventually left the country," el-Gizouli said.

The law criminalizing apostasy was an instrument the state wielded against political opponents. "Striking it off the books would mean that the government will not prosecute you for changing your religion. That is sort of a marginal event anyway. It doesn't happen very often that people switch religions," el-Gizouli told DW. 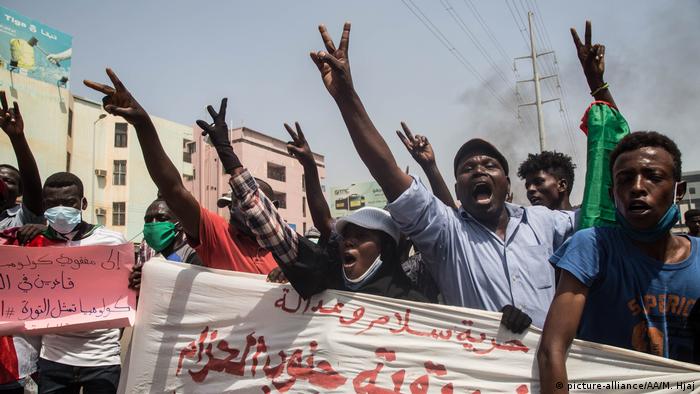 Sudanese people are not happy with the pace of reforms over the past year, and there has been fierce opposition

Criminalizing FGM may not be the solution

The analyst does believe that banning FGM is an important step by the government, but he doubts that using the law is the right way to fight this kind of violence against women and girls. It's an issue that remains controversial: "It's not the first time that a government has issued a law to criminalize FGM. It's somehow a sign of progressive governments or self-defined progressive governments."

Both previous attempts at banning FGM, first during colonial times and later in the 1970s, produced no tangible results and were met with fierce resistance by the population. According to a 2014 report by UNICEF, Sudan's FGM prevalence rate is still 86.6%.

"This third attempt carries the risk of criminalizing the poor, in the sense that it is not clear yet from the letter of the law who will fall under its jurisdiction. Is it the mother, the midwife who practices FGM, the doctor in the hospital?" el-Gizouli said.

According to el-Gazouli, the ban interferes with deep-rooted sociocultural norms in Sudan: "I'm not sure legal means are the best way to fight something that happens in homes and is considered a cultural practice," he said.

Others, such as Sudanese activist Rua Osman, see a certain danger in the potential for this amendment to be used for political ends by conservative forces.

"They [conservative opponents] will try to say that the present government are not Muslim and that they are acting against Islam," she told DW. She believes it won't be easy for society to accept the changes: "We need laws to protect us from that that society," she said.

Osman welcomed another measure taken by the ruling council: In future, both the mother and father of a child or children will have to authorize travel if only one of them is traveling with the child or children. To date, only the father has been allowed to give a mother authorization, but not the other way around. This made life particularly difficult for divorced women. "It is a good start in protecting mothers' rights and giving mothers their rights over their children," Osman said.

Analyst el-Gizouli is more skeptical about the move: "We're talking about traveling by crossing through an airport. It is a step forward, there is no doubt about it. However, most of the women who are affected by these problems don't travel through airports," he explained. Another change in the criminal code is an amendment to a law that punishes prostitution. Sexual intercourse for money will now only be punishable if it takes place in a location that is dedicated to the sale of sexual favors, such as a brothel. "If you're a well-off client, who drives a big car and has a nice apartment, the law will not apply to you," el-Gizouli said. He added that impovrished women forced into prostitution are not protected by the legal amendment — even in their own homes.

In short, "For the lifestyle of a certain segment of the population in Khartoum, these are welcome changes," el-Gizouli said.

Yet he also sees a certain lack of scrutiny of the measures among those applauding them. "For the audience that welcomes these changes, the details are a bit inconvenient," he said, referring to Western donors, who have long pushed for more progressive laws in Sudan.

El-Gizouli has no doubts the transitional government is serious about the changes, but he also says they echo "things the West likes to hear."

Sudan current precarious economic situation also places pressure on the government. Last week, international donors pledged $1.8 billion (€1.6 billion) to kick-start the ailing Sudanese economy. This is short of the $8 billion Prime Minister Abdalla Hamdok says is needed to help out the country. On Monday the International Monetary Fund (IMF) said that Sudan's economy will continue to contract this year, while overall inflation will reach 10%. Debt levels are forecast to grow rapidly to 258% of the gross gomestic product.

A further deterioration of the economy is likely to exacerbate the ongoing anti-government protests in a country that expected more from those charged with introducing democracy in Sudan.

Alsanosi Adam contributed to this article.

Khartoum's new government has been trying to put an end to its international isolation. But the struggle to deliver on democracy has been hampered by the legacy of Omar al-Bashir's decadeslong dictatorship. (21.02.2020)

Ali Kushayb, who led state-backed militias in Darfur, has been charged with 50 war crimes and crimes against humanity. His arrest was dubbed "a great success for the ICC and its efforts to get justice for the victims." (09.06.2020)