Goalkeeper Heinz Müller has successfully filed a lawsuit against his former side Mainz. According to law, his short-term contract was illegal. The verdict could have serious impacts on professional football. 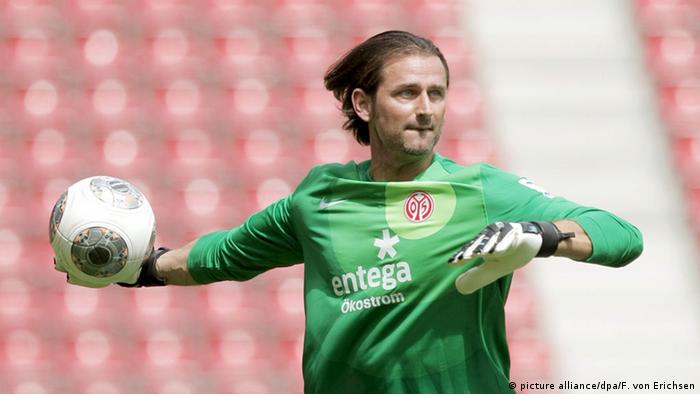 Former Bundesliga goalkeeper Heinz Müller has filed a successful lawsuit in a labor court against his former club Mainz. Müller appealed against the time limit on his contract in Mainz and won. The verdict could have a knock-on effect for further clubs and associations. Joining Mainz from Barnsley in 2009, Müller signed a three-year deal which was extended by two years in 2012 - a popular practice in football.

The court decided that the time limitation of employment for a top athlete was, in accordance with Paragraph 14 of the law, only valid when concerning part-time work and temporary contracts. The court's explanation read: "According to the law, there are only two reasons for a time limit: Either a total length of two years or because of objective reasoning."

Court spokeswoman Ruth Lippa believes the maximum length of two years had been surpassed and there was no objective reasoning. She also added: "The work involved in a professional footballer's performance is not justification for a limited contract."

Mainz president Harald Strutz considers the objective reasons - injury concern, performance drop with age increase - as non immanent. "If we gave every player an unlimited contract, we would have 50 or 60 players in the squad,"said Strutz. Interestingly enough, Mainz could not offer Müller an unlimited contract because, due to his age (34 at the time), an uncertainty over performance expectation existed.

If the verdict remains legally binding in front of the state labor court and the federal labor court, then time-limited contracts in professional football will become a thing of the past. According to Strutz, the verdict could have a "wide-ranging importance, such as the Bosman rule - if it is confirmed by superior entities."

Mainz Sporting Director Christian Heidel has also voiced his opinion on the matter. Speaking to German sports website spox.com, Heidel said the "verdict has yet to be sent through. We are relatively relaxed and in correspondence with the German Football League. Should this come to pass though, we will appeal. There have been no unlimited contracts for professional football players in Germany yet and there certainly won't be any at Mainz."