Stuttgart 21 - Germany′s other engineering fiasco goes off the rails | Germany | News and in-depth reporting from Berlin and beyond | DW | 13.12.2017

Stuttgart 21 - Germany's other engineering fiasco goes off the rails

Everyone in Germany has heard the jokes and seen the social media memes about Berlin's BER airport. But the Stuttgart 21 railway project has also developed into a logistical nightmare — and a sinkhole for public money. 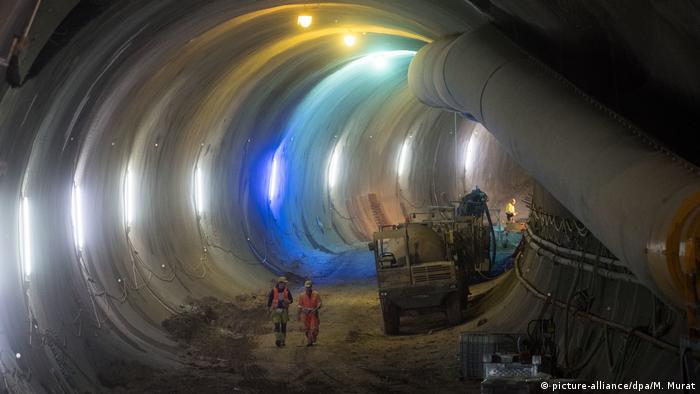 A major transport hub that is costing too much and taking too long to build? Berliners aren't the only German city that can boast a major construction feat that has turned into a national joke and a sinkhole for public money.

The affluent southern German city of Stuttgart has been struggling to revamp its new railway system with a major project known as Stuttgart 21 (because it is supposed to ring in the 21st century), for over two decades. When construction began in 2010, the costs were put at €4.1 billion ($4.8 billion) — rising to €6.3 billion by the end of 2016.

But last week, that figure was also thrown out of the sleeper car when a financial assessment by the consultancy PwC — leaked to the German news agency DPA — put the expected costs at €7.6 billion, and shifted the date of completion back by a year to the end of 2024. 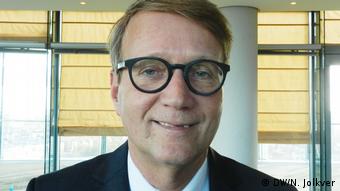 The reasons for the increased costs that filtered through to the German press included planning delays, unexpected increases in construction expenses, and environmental regulations designed to protect biodiversity in the region. The new assessment, which has not been published, was the subject of a board meeting at the headquarters of German rail operator Deutsche Bahn on Wednesday.

A glance at the construction site at the main railway station, and the overall plans, makes clear what an ambitious plan Stuttgart 21 represents. Its heart is the transformation of Stuttgart's main railway terminal into an underground station that will allow trains to pass through. Among other things, this involves putting a seven-story, 15,000-ton building onto an entirely new foundation made of 40 pillars several meters high — just to dig a tunnel.

As well as this, Stuttgart 21 involves the creation of three new smaller city train stations, as well as a new train track linking Stuttgart's main station with its airport and the city of Ulm, some 75 kilometers (47 miles) to the south-east. The project also requires the creation of 60 kilometers of tunnels through the mountainous surrounding region.

In a way, the delays and ballooning budget are unsurprising — after all, transforming and burying an entire train station under a functioning city has never been attempted before in Germany. Nevertheless, the ongoing headaches and attendant problems could yet have political consequences. Deutsche Bahn board chairman (and Chancellor Angela Merkel's ex-chief-of-staff) Ronald Pofalla may well sack Stuttgart 21's project manager Manfred Leger, who has been running the site for four years this week.

But some critics say that the politicians themselves are the problem. Alexander Eisenkopf, professor of economy and transport policy at Zeppelin University, Friedrichshafen, criticized Stuttgart 21 for being a "political project" in the first place. "On the board of the Deutsche Bahn you have in Ronald Pofalla a former politician, and state secretaries in the supervisory board — that's a controversial arrangement," he told DPA. 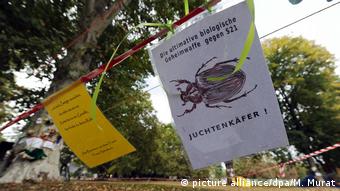 Biodiversity concerns have also stood in the way of Stuttgart 21

If Deutsche Bahn were a private company, it would long since have stopped Stuttgart 21, he argued, but the construction was continuing because in the end taxpayers would foot the bill. "Stuttgart 21 is a textbook example of the risks and mistakes of politically-influenced major projects."

Criticism across the board

Other critics have raised very different concerns. The Berlin-based campaign group VCD, which promotes sustainable transport, called on both the government and Deutsche Bahn to investigate the delays, and make sure that the increased costs would not mean that vital infrastructure maintenance elsewhere in Germany would come up short.

"Stuttgart 21 was from the start an absolutely questionable project," VCD rail expert Philipp Kosok said in a statement posted on the group's website. "Much too expensive and of no substantial use. Now the new construction has been revealed to be a bottomless barrel."

The construction project has been peppered with criticism from other sides too. Hartmut Bäumer, a Green party member and former senior official in the local state transport ministry, this week condemned the government's lack of transparency over Stuttgart 21 - describing it as a "tactic of silence and downplaying of the facts and the risks."

Errors are part of the system

Many large construction projects in Germany have been delayed and end up costing much more than projected. Experts in the field say that these problems are built into the bidding and contracting system. (10.01.2013)

The rail project has stirred huge controversy. While proponents hope for better infrastructure, opponents criticise its mounting costs and the damage it does to the environment. (05.02.2013)