Study: Ozone layer has begun healing itself thanks to CFC ban

The hole in the ozone layer over the Antarctic has begun to shrink, signaling good news for the environment, researchers say. The study attributes the development on the phasing out of CFC pollutants. 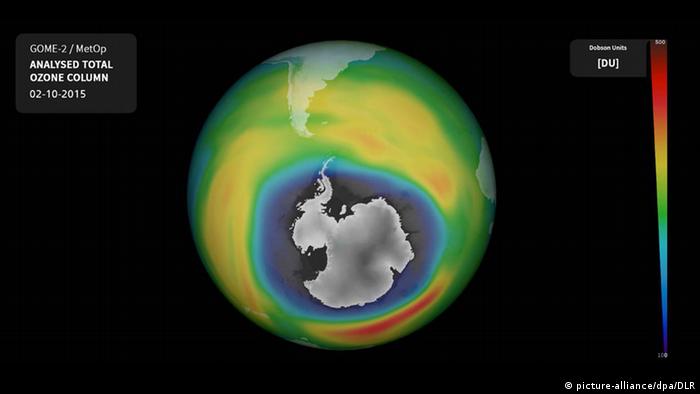 Antarctica's ozone hole finally is starting to heal, a new study has found. Researchers at the Massachusetts Institute of Technology reported that the hole had shrunk by 4 million square kilometers (1.5 million square miles) since 2000.

"It's a big surprise," said lead author Susan Solomon, an atmospheric chemist at the MIT in an interview with Science magazine. "I didn't think it would be this early."

The study attributed the ozone's recovery to the decline of atmospheric chlorine originating from chlorofluorocarbons (CFCs), which were once commonly used in dry cleaning, refrigerators, hairspray and other aerosols. Most of the world banned the use of CFCs by signing on to the Montreal Protocol in 1987.

A shield against harmful UV rays

In the 1970s, scientists suggested that Earth's ozone layer - between 10 to 50 kilometers (about 6 to 30 miles) above ground in the stratosphere - was thinning because of CFCs breaking down into chlorine that attacked ozone.

Ozone is a combination of three oxygen atoms; high in the atmosphere, it shields Earth from cancer-causing ultraviolet rays. The hole won't be completely closed until mid-century. 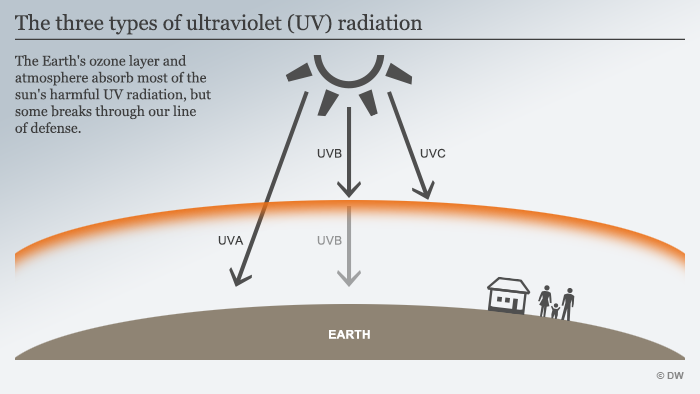 #OzoneDay: UN marks '30 years of healing the ozone together' - but the job's not done

The UN has many world days, but this one is special: the International Day for the Preservation of the Ozone Layer. It's 30 years since the world realized it had to plug the hole in the Earth's UV shield. (16.09.2015)

Researchers are warning about the damage to the ozone layer by "very short-lived substances" or VSLS gases. Although the compounds occur naturally, our own production is rising. (17.02.2015)