Researchers are warning about the damage to the ozone layer by "very short-lived substances" or VSLS gases. Although the compounds occur naturally, our own production is rising. 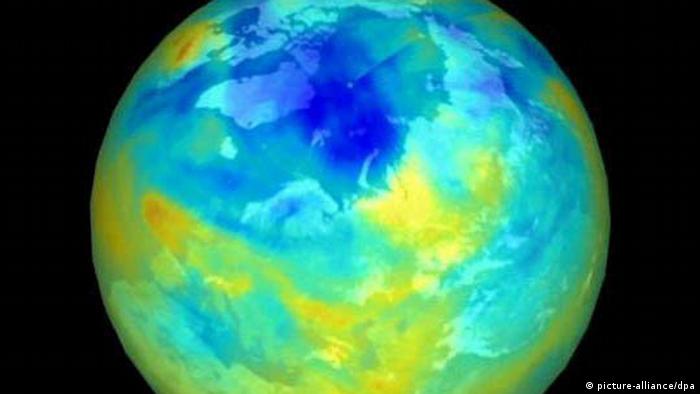 Just when we thought we could breathe a sigh of relief when it comes to the health of the earth's ozone layer, a new study is warning about an increase in gases that are thinning our planet's protective shield.

Researchers at Leeds University in England are calling attention to the impact of these harmful gases that have a rather benign-sounding name. They're called "very short-lived substances," or VSLS, because they have a lifespan of less than six months.

But despite their short lifespan, the damage these gases are causing is significant and likely to increase, according to the report released Monday in the journal Nature Geoscience.

About 90 percent of VSLS are naturally occurring and are produced by ocean life like seaweed or phytoplankton. They are part of the ozone's normal cycle of depletion and regeneration. But the other 10 percent are man-made and come from industrial chlorine-based chemicals such as dichloromethane, the production of which is on the rise.

Before the study, scientists knew very little about the impact of such chemicals. The team ran computer models of the gases and the results were beyond what was expected.

"We were quite surprised to see that the VSLS impact is as big as it was," said Dr. Ryan Hossaini, the lead author of the study and a research fellow with the Institute for Climate and Atmospheric Science at Leeds University.

In fact, the team estimates that in the Antarctic, VSLS account for more than 12 percent of ozone damage, Hossaini told the AFP news agency. When looked at globally, the effect is even more drastic – as much as 25 percent of ozone loss in the lower stratosphere is attributed to VSLS.

"We've certainly been aware that VSLS could be an issue but there hasn't been a great push to assess just how much of an issue it could be," Hossaini told DW in an interview. 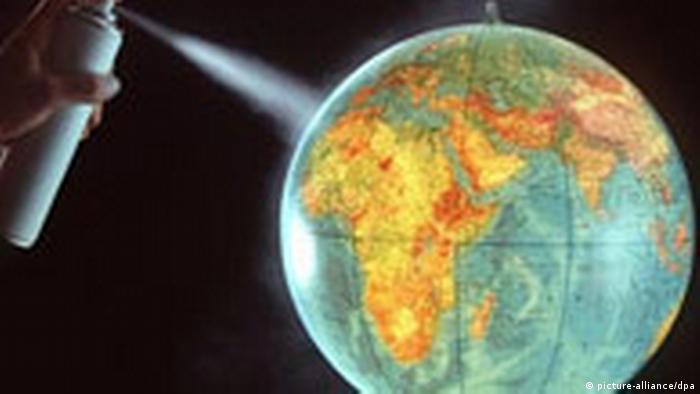 Ironically, one source of VSLS gases is the ozone-safe chemicals that replaced the banned CFCs used in spray cans

Another important finding of the study was that the production of dichloromethane, the most abundant man-made VSLS, is increasing. Since the late 1990s, levels have doubled in many parts of the globe, according to Hossaini.

Luckily, VSLS are not nearly as damaging as the chlorofluorocarbon (CFCs) gases that were banned by the Montreal Protocol in the late 1980s due to their drastic effects on the ozone layer. But, in a strange twist, Hossaini says one source of dichloromethane VSLS is the manufacturing of the ozone-safe chemicals that replaced the banned CFCs.

"It would be quite ironic that the VSLS are being emitted as a byproduct," said Hossaini.

Man-made VSLS gases are not included in the Montreal Protocol. And there isn’t much consumers can do to help reduce their production because chemicals like dichloromethane are used primarily in heavy industry. But Hossaini believes it could be time for these substances to at least pop-up on the radars of regulators.

"We need to raise these issues and push to get projects funded to start to assess where these gasses are coming from because we don’t want to get to a situation where these gases increase too much further."

We are still "on track"

Even if we are successful in reducing our own human contribution of VSLS to the atmosphere, a hotter climate may increase nature's share. There are no definitive answers yet, but Hossaini’s team suspects that global warming could cause ocean life to release VSLS into the atmosphere at higher rates.

But as things stand now, Hossaini stresses we are still doing ok in terms of healing the damage we already committed to the atmosphere protecting us from the damaging effects of the sun's ultraviolet energy.

"The ozone layer is on track to recover," Hossaini told DW. "Any continued increases in the anthropogenic (man-made) VSLS could potentially offset some of the benefits the Montreal Protocol provided the ozone layer. But it would be premature to say that it's anything more than that."

Mr. Ozone and the climate – a conversation with Nobel Prize winner Mario Molina

The Mexican-born Nobel laureate worked together with two colleagues on groundbreaking research into the breakdown of the ozone layer. So it’s no wonder that he’s also a climate activist. We sat down with Mario Molina. (27.07.2012)