Children living near nuclear power stations are more likely to suffer leukemia than those living farther away, a report funded by the German government has found, according to German media. 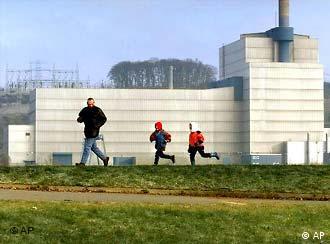 "Our study confirmed that in Germany a connection has been observed between the distance of a domicile to the nearest nuclear power plant ... and the risk of developing cancer, such as leukemia, before the fifth birthday," the daily Süddeutsche Zeitung quoted the report as saying.

Government radiation specialists said they could not explain the finding, since there was no direct radiation from the 16 German plants, which are all scheduled for closure in the early 2020s.

The study was paid for by the German Federal Radiation Protection Agency [BfS] the government's main adviser on nuclear health.

It was conducted by the German Register of Child Cancer, an office in Mainz which is funded by the 16 German states and the federal Health Ministry.

The study found that 37 children had come down with leukemia in the period between 1980 and 2003 while having home addresses within 5 kilometers (3.1 miles) of nuclear power plants. The statistical average for Germany would have predicted just 17 cases in that group.

Statistically, the 20 extra cases could be associated with living close to the plants, but the BfS said more research was needed to discover if the presence of reactors was actually the cause of the cancers. 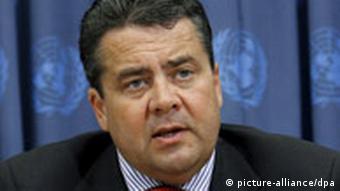 "The population's radiation exposure due to the operation of nuclear power plants in Germany would have to be a least a thousand times higher to be able to explain the observed increase in cancer risk," he said.

BfS said current science held that radiation from reactors themselves or their emissions was too weak outside the perimeter to cause cancer, and other conceivable risk factors also could "not explain this distance-related heightening of risk."

Germany generates more than 20,000 megawatts of electricity through nuclear power annually, around a quarter of its needs.

Despite broad public opposition to the plants, some German officials have suggested giving nuclear power a reprieve in order to reduce climate-damaging emissions from fossil fuels.

What is your opinion of the study's findings? Send us your comments and please include your full name and country in your reply.

Fears have grown about radiation exposure since Russia's attack on a Ukrainian nuclear facility. But taking iodine won't always help. It can, in fact, be dangerous.

Monday marks the 35th anniversary of the Chernobyl nuclear disaster. What happened in the former Soviet Union on April 26, 1986, is no longer a secret.

Researchers found that the 2011 nuclear catastrophe had not harmed the health of local residents or increased the risk of cancer, according to a new report.