Study finds Dutch men are the world′s tallest | World | Breaking news and perspectives from around the globe | DW | 26.07.2016

Prevailing opinion holds that those from southern countries are shorter on average than those from regions further north. Now a team has done the research to back up that hypothesis, surveying 18.6 million people 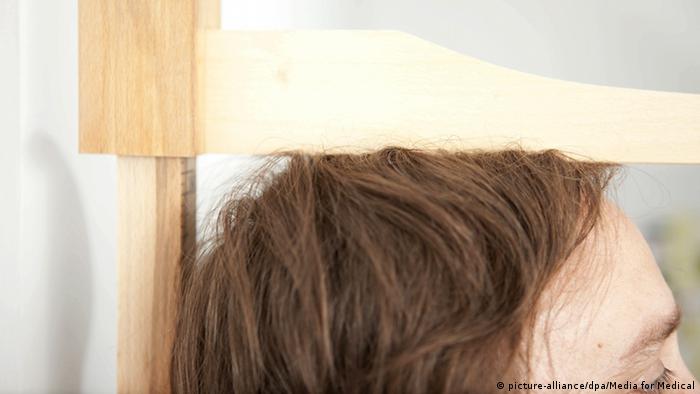 An international team of about 800 researchers led by the Imperial College of London (ICL) compiled the data after studying 18.6 million people worldwide.

The top 10 tallest countries are all European, including Belgium, Estonia, Denmark, the Czech Republic and Serbia. It was much different a century ago, however. In 1914, American men and women were in third and fourth place, respectively, according to data gathered by the NCD Risk Factor Collaboration, a network of health scientists that reports on non-communicable diseases. Men and women in the United States now rank 37th and 42nd, respectively.

The shortest men on average are found in East Timor, while the shortest women are in Guatemala. Average heights are generally shorter for people in warmer regions. However, temperature has little bearing on height itself - a long-held belief now beginning to change.

People overall are getting taller, with some exceptions

Many countries show increased growth in comparison to 100 years ago - this is particularly evident among Iranian men. An 18-year-old man from Iran today is an average of 16.5 centimeters taller than his forefathers in 1914. South Korean women are 20.2 centimeters taller. Comparable height increases are seen in Italy and Spain, however Americans, Finns and Japanese appear to have plateaued.

How we'll feed ourselves in future

The height differential between men and women has remained a more-or-less constant 12-centimeter average over the course of the century.

Nourishment makes all the difference

In a worrying sign, average height across Sub-Saharan Africa has decreased. Sierra Leone, Uganda and Rwanda have lost as much as 5 centimeters to their people's height.

Height is partly due to genetics, but more so a reflection of childhood nutrition and how well women eat during pregnancy.

"This study gives us a picture of the health of nations over the past century," said Majid Ezzati of the ICL. "This confirms we urgently need to address children and adolescents’ environment and nutrition on a global scale, and ensure we’re giving the world’s children the best possible start in life."

Several additional studies confirm, for example, that children with a protein-rich, milk-based diet grow taller later in life than children without, said Elio Riboli of the ICL. Untreated diarrhea among children is also a major factor for limiting height.

The benefits of height

Statistics show that taller people suffer less from cardiovascular disease and live longer on the whole. Taller expecting mothers are at reduced risk of pregnancy complications. However, taller people tend to be at higher risk for colon and rectal cancers, and breast cancer for postmenopausal women. The reasons for this remain unclear, though researchers believe it may be related to increased metabolism rates among taller people. This is positive for cardiovascular health but can promote tumor development, however Riboli stressed it was "mere hypothesis."