Overweight people make up almost a third of the world's population or two billion, according to a study in the medical journal The Lancet. Since 1980, obesity has soared in all countries, especially among children. 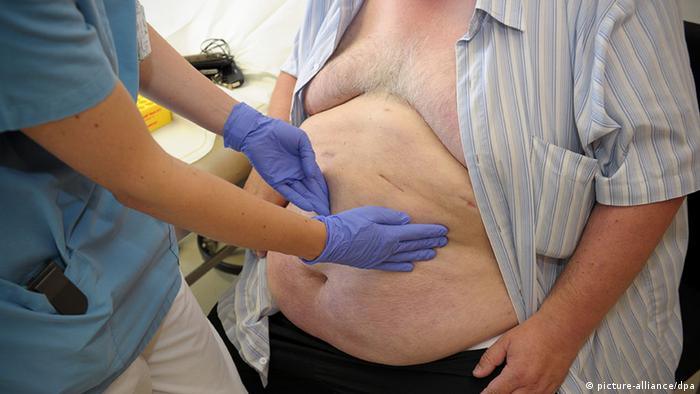 A survey of 188 nations compiled by US health researchers and published Thursday concludes that no country has turned the tide on obesity since 1980. The largest weight gains had occurred in the Middle East and northern Africa.

Worldwide, the prevalence of obese and overweight adults had grown by 28 percent over the three decades, and by nearly 50 percent among children.

Excess body weight had also led to 3.4 million deaths worldwide in 2010, according to the Global Burden of Disease Study compiled by the University of Washington's Institute for Health and Metrics and Evaluation (IHME).

More than half of those persons rated as overweight or obese live in 10 countries, topped by the United States, and followed by China, India, Russia, Brazil, Mexico, Egypt, Germany, Pakistan and Indonesia.

Nearly a quarter of all children in rich, developed countries and 13 percent in developing nations were overweight or obese, said the study published by the British medical journal The Lancet.

"Particularly high rates of child and adolescent obesity were seen in Middle Eastern and North African countries, notably among girls," the study notes.

'All ages and incomes'

"Obesity is an issue affecting people of all ages and incomes, everywhere," said Christopher Murray, the IHME director who helped collate the data for the period 1980 to 2013.

"It's pretty grim," said Murray, adding that there was strong evidential links between income and obesity; as people got richer.

Not a single country had recorded a significant decline in obesity and that indicated "how hard a challenge this is," he said.

Scientists had noticed accompanying spikes in diabetes, he said, and rising rates of cancers linked to weight such as pancreatic cancer.

Their most striking findings include more than 50 percent obesity in the Pacific island nation of Tonga and similar dangerous overweight level among half of all women in Kuwait, Libya, Qatar and Samoa.

The study's authors said the World Health Organization's goal of halting the rise in obesity by 2015 appeared "very ambitious."

One of the study's commentators, Klim McPherson of Oxford University called for an international drive to change damaging consumption and life styles that also lead to obesity-related cardiovascular disease, osteoarthritis and kidney disease.

"Politicians can no longer hide behind ignorance and confusion," he said.

Next to inappropriate nutition and too little exercise, excess weight is attributed to stress, centain medications, lack of sleep and genetic predispositions.

Half of EU citizens are overweight. Among these people, serious obesity is on the rise. It's a heavy and expensive burden for national health care systems - and one the EU Commission hopes to stop. (18.05.2013)