Diabetes on the rise in India

Diabetes is on the rise in India as well as in industrialized countries. The difference is, however, that in India, many people have no access to diagnosis and treatment. 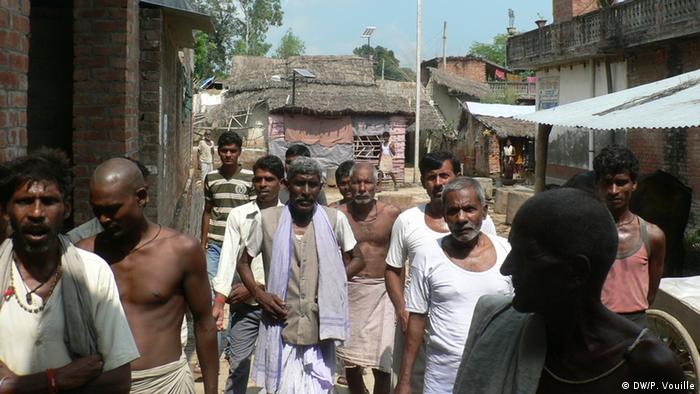 Museypur is a small village east of Lucknow, the capital city of the north Indian state Uttar Pradesh. It is home to around 900 people, each of whom lives on less than a dollar a day. On the village outskirts, there is a small medical treatment center. Inside, there is nothing more than a simple bed with a straw mat cover on a high wooden frame.

If one of the village's residents gets sick, the doctor, who stops by the center once in a while, can only guess the causes of the ailment - it is nearly impossible to diagnose a patient here. And getting treatment elsewhere often proves difficult, as transport to the closest hospital is insufficient. "I have no way of telling if one of our patients has diabetes, for example, because there is no laboratory here to process blood samples," Dr. Pankay Kumar explains.

In Safdarganj, a town located around 30 minutes away from Museypur, the medcial center of Dr. Derendra Verma is better equipped. He confirms what physicians and health experts have been saying for years: chronic illnesses such as diabetes or cardiovascular diseases are on the rise among the people. But due to the large number of patients, he has little time for research.

Not only rich countries 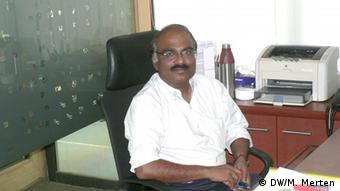 What no one knows in Museypur and doesn't seem to interest anyone in Safdarganj is that non-contagious diseases make up 70 percent of India's overall health problems. Over 40 percent of deaths are attributed to diabetes, coronary problems and cancer. Counting only people under the age of 70, these diseases make up 60 percent of all deaths. According to figures from the World Health Organization (WHO), around 52 million Indians - six percent of the population - have diabetes. In Germany, by comparison, five percent of the population has the disease.

According to Dr. Dorairaj Prabhakaran, executive director of the Center for Chronic Disease Control (CCDC) in New Delhi, the reasons for the increase in prevalence of such diseases are the same in India as in industrialized countries: unhealthy diets consisting of too much fat, salt and sugar. The risks are exacerbated by too little exercise and smoking.

Poor diets are especially harmful for children, says Rajan Sankar of the international non-governmental organization Global Alliance for Improved Nutrition (GAIN). "Children who are born underweight and gain weight quickly are at higher risk of chronic diseases later in life," Sankar explains. According to the organization, 43 percent of children under age five suffer from underweight. 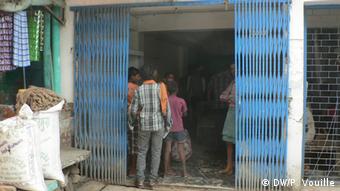 Patients pay a high price for treatment at private clinics

Conditions are made worse, says Prabhakaran, due to insufficient treatment. The majority of Indians do not have health insurance, so many cannot afford to see a doctor. Adding to that, many people, for instance in Museypur, don't make it to a larger, better-equipped medical facility until it is too late. And there are not enough doctors and clinics specializing in chronic diseases.

In 2012, a special clinic was set up for the treatment of metabolic diseases. The Fortis C-Doc clinic was founded in New Delhi by Anoop Misra, the director and head of India's National Diabetes Obesity and Cholesterol Foundation. The private clinic treats diabetes and related diseases but treatment doesn't come cheap. Despite the high prices, Misra says around 100 patients come to Fortis-C-Doc every day, and that further clinics are being planned.

Since 2010, there has been a national awareness program for the prevention of cancer, diabetes, strokes and coronary conditions, according to Anshu Prakash of the Ministry of Health and Family Welfare. By the year 2017, says Prakash, a number of measures will be in place throughout the entire country. But one factor will be difficult to treat, he admits: "Many people who are affected simply don't want to accept the fact that they have a disease."

With obesity on the rise, India is emerging as one of the fastest-growing centers in the billion-dollar global market for stomach-shrinking, or bariatric surgery. (16.05.2013)

A large population in India still believes that getting bitten by a dog leads to the birth of puppies inside human body. Medical experts say witch doctors are at the root of the bizarre myth. (31.12.2012)