Striking Brazilian police 'to return to work on Saturday'

Officials in Brazil's Espirito Santo state say police will return to work on Saturday after an agreement was reached to end the strike. A week of violent lawlessness has left more than 120 people in the state dead. 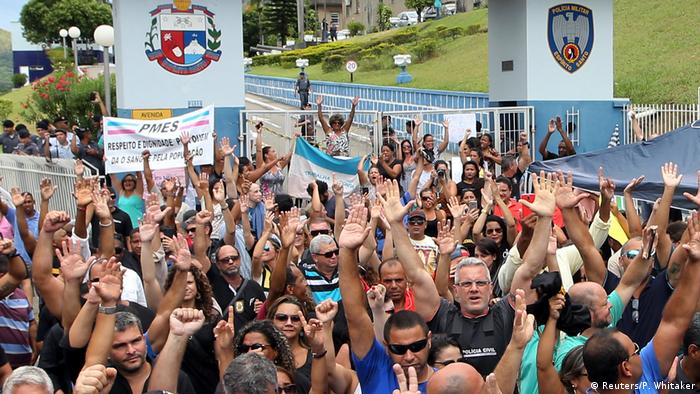 The walk-out is expected to end at 7 a.m. local time (09:00 UTC) on Saturday morning, at which time police officers "will return to their duties," said Julio César Pompeu, the secretary of human rights of Espírito Santo, which had been negotiating an end to the strike.

Pompeu said those who supported the strike "will not suffer disciplinary sanctions."

The state's entire police force walked off the job a week ago in a row over pay, when the officers' female relatives sidestepped a law barring police from demonstrating and barricaded the obliging officers into their police stations. 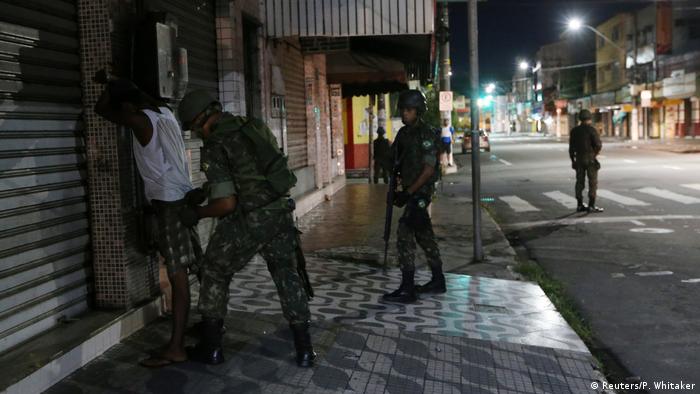 While officers walked off the job, the army was called in to maintain law and order

On Friday, authorities threatened to charge more than 700 striking police officers with rebellion. It is unclear whether those threats led to the end of the strike. If convicted, the officers could be sentenced to between eight and 20 years in military prison, Agencia Brasil reported.

Since the strike began, assaults, lootings and murders in the state have skyrocketed. More than 120 people have been reported killed; approximately six times the state's average daily homicide rate last year.

In his first public remarks since the start of the police crisis, Brazilian President Michel Temer on Friday called the strike "unacceptable" and said, "The right to protest cannot take the Brazilian people hostage."

The central government, which had already sent some 1,200 soldiers to the state in an attempt to quell chaotic scenes, was prepared to deploy an additional 3,000 troops by the weekend if the strike persisted.

Espirito Santo is already suffering from a budget crisis, part of an ongoing nationwide recession that has limited public services and forced many of Brazil's states to meet austerity targets in order to qualify for debt relief from the federal government. Businesses, shops, public transport and schools have remained closed throughout the week as many citizens avoided the streets. 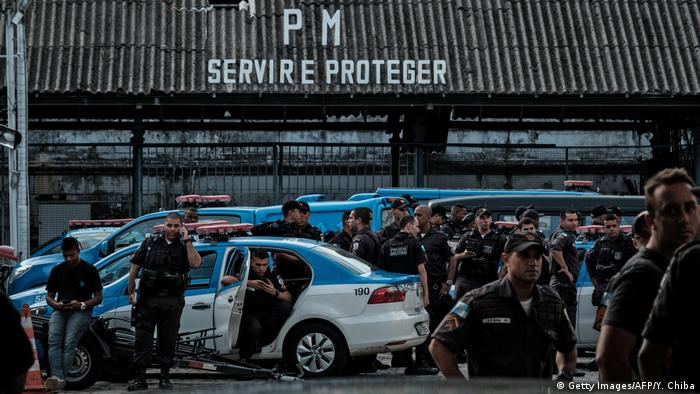 The police strike has spread to the Rio de Janeiro state, just south of Espirito Santo, where residents fear a broad-scale police absence could lead to a spike in violent confrontations.

According to a police spokesperson, 95 percent of Rio officers were on duty as scheduled and only five police stations had been barricaded, with demonstrations taking place outside of 27 of the state's 100 stations.

But the action forced mayors of various cities in Rio to head off any further crisis by promising to cover state salary shortfalls with city finances.

Many are anxious about whether a total strike in Rio could overlap with the state's famous Carnival festivities arriving at the end of the month, but so far officials do not expect the demonstrations to impact the celebrations.