Strikes stab at the heart of the Finnish model | Business | Economy and finance news from a German perspective | DW | 29.01.2020 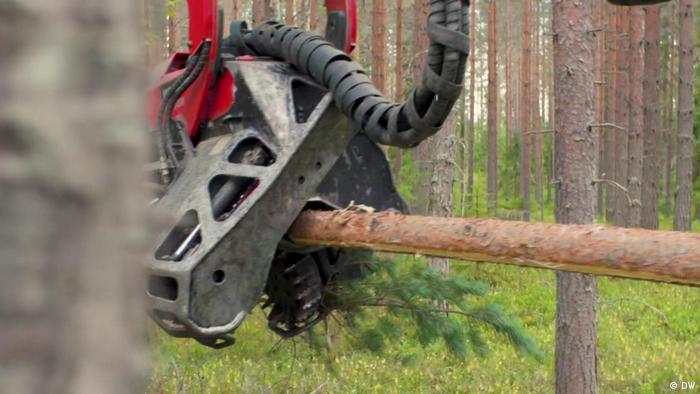 Finland has seen a wave of labor disputes over wage issues and working hours in recent months, which this week appear to be reaching crisis point. In December, ex-Prime Minister Antti Rinne resigned after his government came under pressure from a nationwide postal strike. Industrial action, rare in Finland, then spread to FinnAir, the national airline. Rinne was replaced by Sanna Marin, the youngest head of government in the world at 34, who now faces the same problems.

Finland's most important export industry could be shut down for weeks after 15,000 employees in  paper mills started a strike this week, while 6,000 workers from sawmills, plywood factories and other forestry operations planned to stop work for the start of the week. The Finnish Forest Industry Association (FFIF) has threatened to lock out workers in a dozen factories from February 10 if no agreement is reached by then.

Meanwhile mechanical workers in the forestry industry are also set to begin strike action and another strike of white-collar workers in the chemical and technology industries was also due to begin on Monday, until Labor Minister Tuula Haatainen helped delay the industrial action for two weeks. The trade union Pro, announced on Sunday that 14,000 of its members would begin a two-week strike at major export corporations on January 27 unless a new contract was agreed by then. The companies affected by the Pro action include industrial giants such as ABB, Metso, Nokia, Outokumpu, Meyer Turku, Patria, Rautaruukki, Valmet and Wärtsilä. Unions Tehy, Super and JHL, which represent employees in the social and health care sectors, have all called for higher salary increases than workers in the export sector. 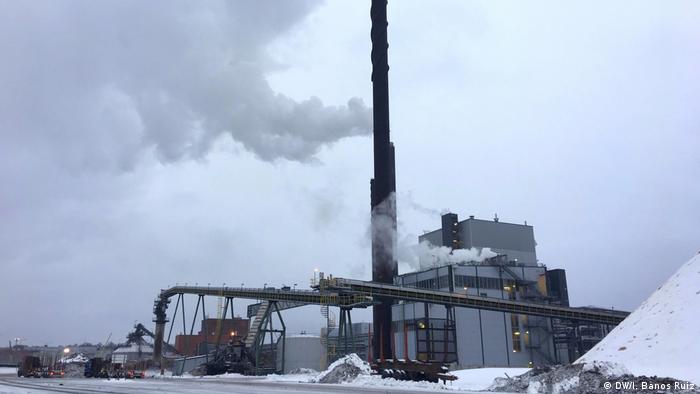 Finnish forestry accounts for a fifth of the country's goods exports and industrial action may also be felt in Germany, which is Finland's most important trading partner for paper and cardboard products

The Industrial Union, which represents workers in the metals chemicals and wood products sectors, and two other unions, have said that about 100,000 workers will begin a three-day strike on Monday, closing production at companies including Nokian Tyres, stainless steel producer Outokumpu and Neste, which said 2,400 of its employees would be involved in the strike . The strike could have knock-on effects on healthcare, heating, emergency services and food distribution.

Shutting down production plants in the forest industry would have the biggest impact on the domestic economy, but strikes at pharmaceutical companies and the oil refineries of Neste would also hurt.

"If the Porvoo and Naantali refineries sent out no fuel for two weeks, it'd have an impact on service stations, public transport and air traffic," Sami Ryynänen, the chief shop steward at the refinery of Neste in Porvoo, told the country's bestselling newspaper Helsingin Sanomat. "That's when Finland would come to a stop," he added. Neste accounts for around 25% of the retail sales of petrol and 40% of the retail sales of diesel in Finland.

The Confederation of Finnish Industries, Finland's biggest employers' association, estimates the strikes will cost the companies a combined €500 million ($551 million) in lost revenue and has hit the wider economy to the tune of €200 million already.

The strikes have started a debate among labor organizations over regulation introduced by former Finnish prime minister Juha Sipilä in 2017. Part of the law was the so-called Competitive Pact under which labor unions agreed to a clause that requires workers to put in an additional 24 hours of work annually without compensation.

Finland has a very high level of union membership, with 59% of the workforce belonging to one union or another. According to the International Labour Organization (ILO), 90% of the workforce is covered by collective bargaining, and agreements in any given sector apply to all workers in that sector whether or not they are members of a union.

"It has been a long part of the Finnish and larger Nordic tradition that the labor unions and trade associations are a very big part of this system," says political journalist Robert Sundman.

Finland pushes ahead with sustainability agenda

Finland has tried various strategies over the last few decades, one of the more interesting being the Working Hours Pact in 1996, which gave employees the ability to shift their working hours to suit their lifestyle by starting or ending their responsibilities three hours earlier or later than the standard work hours.

But despite such apparent imaginative solutions, Finland is not keen on EU plans to introduce a minimum wage across the bloc. European Commission President Ursula von der Leyen said the move aims to help workers lacking union support. Several EU states have minimum wage laws, while Finland doesn't have a national minimum wage. Instead, the country has practiced collective bargaining since the 1970s, whereby employers and trade unions regularly negotiate wage agreements on the national and industry-specific level.

Mikael Pentikäinen, the chief executive of the Federation of Finnish Enterprises, argues the current malaise is evidence of the nonfunctioning of the current system. "The right to agree differently is needed to make sure it's genuinely possible to bargain at the workplace, the importance of collective bargaining agreements is reduced and companies can pave the road to success through internal agreements," he said on Twitter. 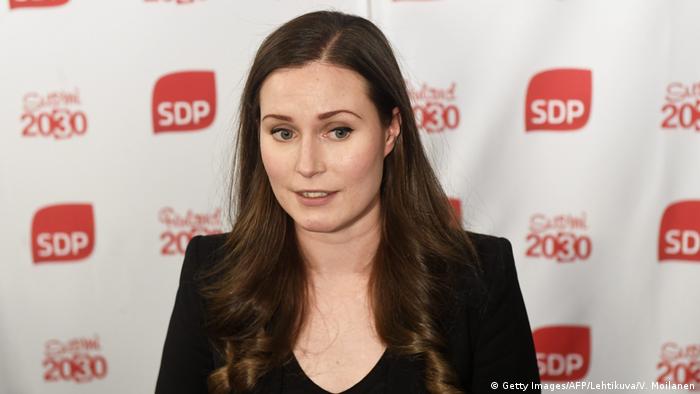 A labor union study claims that the 2017 measure has benefited employers to the tune of nearly €6 billion. Unions are pushing to have the measure annulled, arguing that economic conditions have improved.

The tripartite deal involved the Sipilä government, unions and employer organizations shifting more of the burden for paying pensions, social security and unemployment contributions from employers to workers. The Confederation of Salaried Employees (STTK) argues this disproportionately benefits employers. "It has represented an annual transfer of billions of euros from workers to employers," says confederation chair Antti Palola.

But Vesa Rantahalvari of the business-backed EK says the competitiveness pact aimed to reduce the unit cost of labor by 5%. "It didn't quite get there, but major changes were introduced that resulted in improved competitiveness and employment," he noted.

Originally, the Sipilä government wanted to improve national competitiveness by 15%. The 5% was meant to come from the reallocation of social contributions and the addition of 24 unpaid hours of work annually. In addition, public sector workers had vacation pay reduced, a measure that ended in 2019.

Politics to the fore

The ruling coalition is made up of five parties, including Rinne's Social Democrats and the Center Party. It and coalition allies are trailing in the polls and could lose ground to the nationalist Finns Party, which came second in last April's election, just behind the Social Democrats.

Current prime minister Sanna Marin, meanwhile, is the most recent high-profile proponent of shortening the amount of time people work. Marin posited the idea of companies adopting a flexible six-hour day and a four-day workweek at a panel discussion before she became prime minister.